As a charity providing the much needed link between school and families, we come across a range of barriers that are preventing pupils from maximising the opportunities a good education provides. The families we work with often have a range of complex needs that are preventing them from giving their child’s education the focus it needs. The issues they face are frequently interlinked and range from mental health needs and domestic violence to poverty. In the last year however, the biggest issue facing the families we worked with was that of housing.

The Home Improvements report by the Centre for Social Justice brings out some of the key issues that families are facing when trying to keep a roof over their children’s heads. It is incredibly difficult for families to sort out the wider issues they face, without first having some stability and security in where they live.

But what do we mean by a housing crisis and how does it impact on education? A lot of focus has rightly been placed on the shortage of affordable housing, but this has knock on effects which may be less well known or recognised.

There a lot of homes within the “affordable housing” bracket that are badly dilapidated, with landlords trying to get away without making necessary repairs as they know families have few other options. Homeless families are being placed in temporary accommodation far away from their support networks and schools. There are increasing numbers of evictions as landlords increase prices and the benefit cap blocks families from affording housing in the areas they are based in. 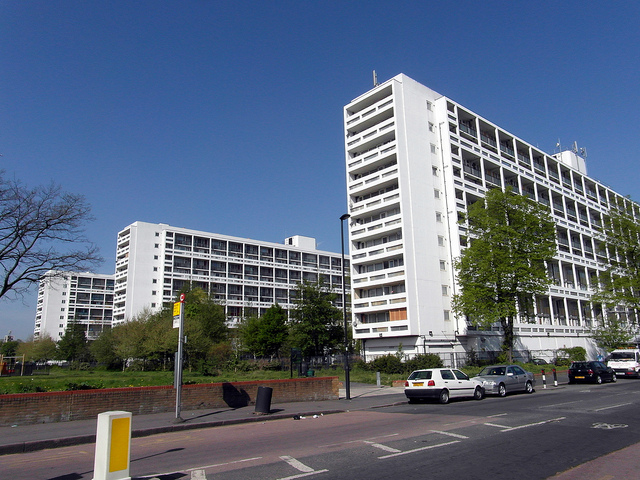 Here are some of these issues experienced by families we have worked with recently – and the knock on effects they have on the children’s education:

June, a single mother, approached Karen, the SHS practitioner working in her children’s school, as her landlord had told her he wanted her to move out. The landlord was trying to intimidate the family to move so that he didn’t have to go through the necessary legal requirements to evict them and because of this the council wouldn’t re-house the family. Eventually the landlord carried out the necessary legal requirements after Karen had got the family legal aid support. At this point the council offered the family temporary accommodation over 100 miles away in Leicester. June couldn’t move so far away from her family and support network, so refused the offer. Karen advocated for the family and managed to get temporary accommodation in London about an hour from the school. Unsurprisingly, as they were so far away, their punctuality and attendance suffered.

Riya and her four children were living in a really overcrowded, two bedroom flat. The three sons shared a bedroom, whilst Seema, Riya’s daughter slept in the other bedroom and Riya slept on the sofa. The school had asked Claire (SHS practitioner) to work with the family as all the children’s attendance had been dropping. The children weren’t getting enough sleep, so were tired in the morning and either got into school late or didn’t go in at all.

Ania and her 15 year old daughter, Mila, live in a two bedroom flat. When the family moved in the carpet was in a terrible condition and had blood stains from previous tenants. The carpet was removed, but the floor was left as bare concrete. This obviously made it much more costly to try and heat the home in colder months and as Ania was out of work, she found it difficult to pay these bills. During winter, both Ania and Mila suffered from asthma and were much more susceptible to flu. Due to these health issues, the daughter’s attendance at school dropped dramatically to 54%.

Fortunately in these cases, School-Home Support were able to help the families solve their housing crisis and provide emergency funds through our Welfare Fund, getting their children in school, ready to learn. Unfortunately as local authorities come under ever increasing demand for housing, the number of families facing similar challenges is likely to continue to rise.

Not all schools have the resources to provide the intensity of support that the schools we work with do. But it is important that schools understand the difficulties that some of their students will be facing at home and develop the skills to engage with them and their families to put in place plans that mitigate the problems as much as possible.

What should schools be doing to ensure that their pupils have the best chance of achieving at school?

Schools should work with parents to build constructive relationships. It can be too easy to assume that parents are deliberately not engaging with you, but when facing crisis, parents can feel overwhelmed and lose focus on the importance of education. It’s therefore important that you have the right skills and knowledge within the school team to build those relationships.

Once you have an understanding of the issues the family are facing, work out a plan of action that will work for you both. If you know a pupil is going to be travelling a long way from temporary accommodation for a short while, how can you respond constructively if they are occasionally late? If a pupil is living in an overcrowded and dilapidated flat, they may have more difficulty completing homework, what can you do in school to help with this?

By working constructively with parents and giving them the challenge of engaging effectively in their child’s learning, you can make the pupil’s time at school much more enjoyable, giving them the chance to achieve, opening up new possibilities.