What was life like for the young people who volunteered in World War I? What would they have seen, heard, felt and smelled as they trudged their way towards the front line?

This week, children from St George’s Primary School in Lewisham were able to find out. They visited a centenary photographic exhibit of the Battle of Somme in World War I, ‘Fields of Battle, Lands of Peace 14-18’, at the at the Guildhall Courtyard, along with their SHS practitioner, Lee Franklin.

The children’s time at the exhibition was divided between two guides. The first, photographer Michael St Maur Sheil, spent over ten years taking the photographs on display. He took the children around the exhibit, explaining what was in the photos and giving them an overview of the war, and showing them a map of the world which highlighted how many countries were involved in WWI. This opened up an interesting discussion, as the children reflected on the fact that some of their ancestors may have fought in the war or been affected by it. 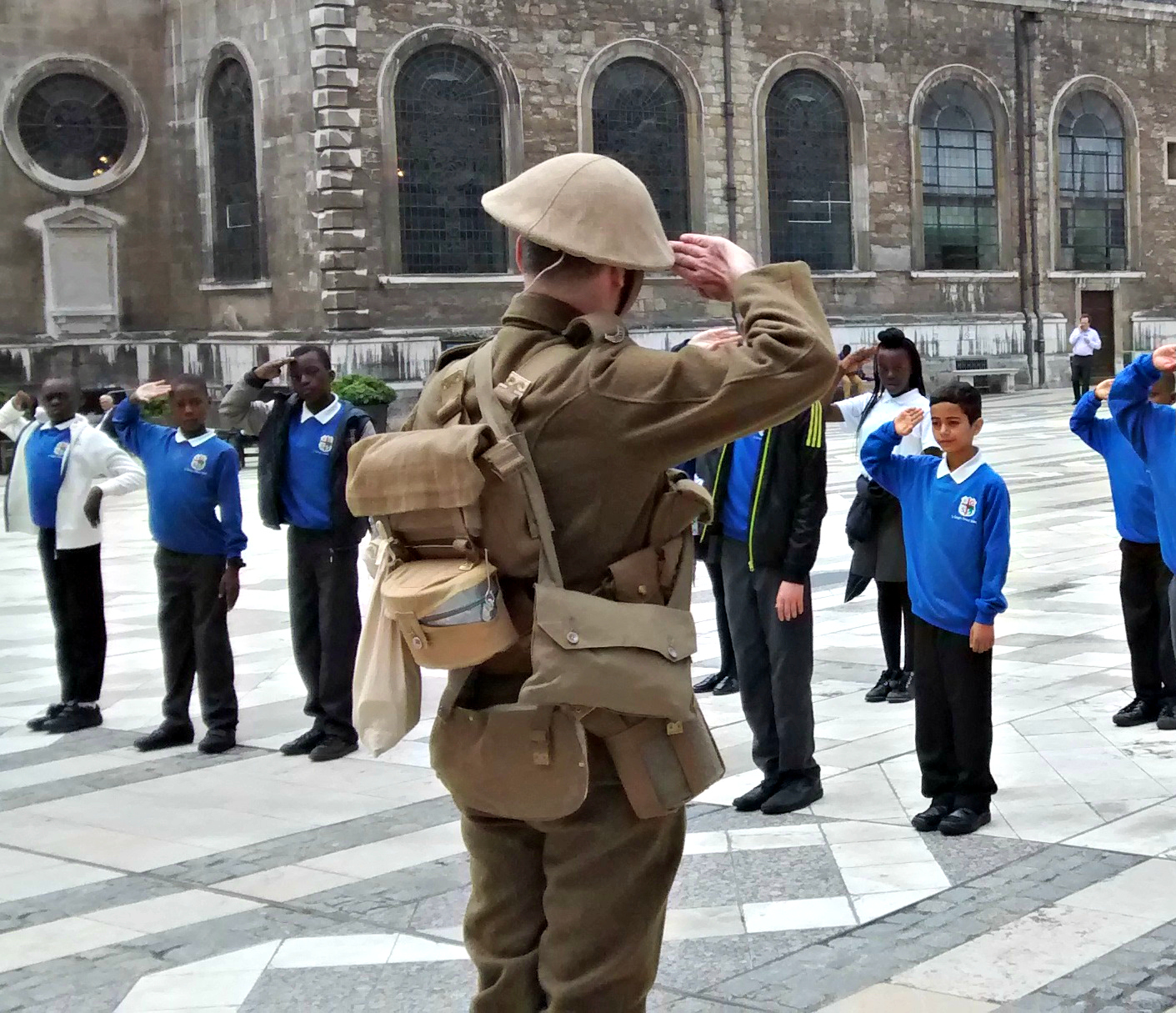 The second person everyone was excited to meet was a WWI re-enactor in soldier’s uniform. By sharing “his story” with the children, he explained what it would be like to be in the Somme: how soldiers lived and fought, their memories of home, and the kit they would have carried with them. Pupils had the opportunity to (carefully!) hold his rifle and bayonet, and understood how difficult it would have been to carry so much weight in the battlefield. The soldier described who would have volunteered, and then tested the pupils to discover whether they would have gone to fight in “the Great War for Civilisation”. After giving them a taste of the training they would have experienced as part of their induction, with a military drill (which the children loved), the soldier asked whether the children may have joined up to fight. They answered very honestly, with some saying they would have been too scared or that they would have missed their families. The group also took the time to think about countries at war today, and agreed that we should all strive for peace. Finally, the children finished their trip with a visit to the City of London Museum, where they saw the famous London Irish Football and heard the story of Rifleman Frank Edwards and his comrades dribbling a football across No Man’s Land before kicking it into the Germans’ trench with a joyous shout of “goal!”. 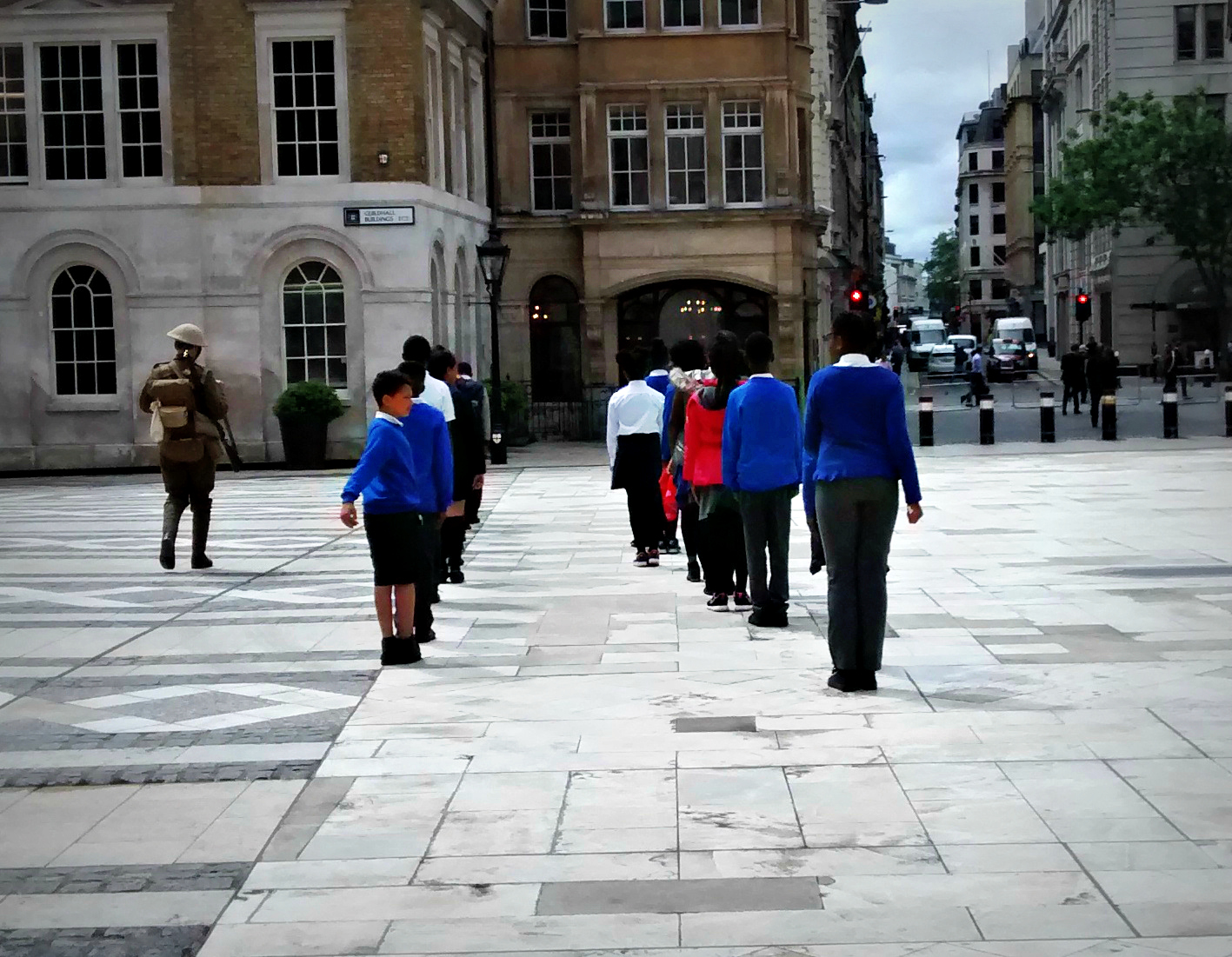 The aim of the day was to widen the pupil’s knowledge and understanding of war, for as the organisers of the exhibition have said, “those who do not learn their history will be condemned to re-live”. They added, “…that is the purpose of this exhibition: war is not just about the words of Wilfred Owen. It is also about the the respect and trust of groups of men, banding together for a common purpose. It is about women worrying and working for their loved ones who are living in great danger. It is about people caring for one another. So a real privilege to work with these students and enjoy their questions and their lively thinking.”

The children thoroughly enjoyed the visit, and learned lots about WWI. We would like to extend a big thank you to the London Stock Exchange Group Foundation who are sponsoring the exhibition and who facilitated the visit – thank you!