In previous articles, we’ve highlighted the impact of poor housing from a child’s perspective. We’ve also shared news on our home makeover project, DIY SHS. This year, DIY SHS benefitted two families – one of which was Grace and her family. This is Grace’s incredible story of transformation.

The impact of poor housing

For people in poor housing situations, the impact of living in a cramped, broken down, and even unsafe home can be severe and unrelenting. It can impact your mental health, eroding confidence and positivity, making it difficult to cope with every single day. Today in the United Kingdom:

Research shows around 80% of the difference in how well children do at school depends on what happens outside the school gates, in the home. This is why much of the work we do with families involves housing issues. But it’s a complicated situation.

Even if a home is too small and cramped for the family living there, it is highly unlikely they can be moved. If they do get moved, there is no guarantee it will be in the same borough as before – or even in the same city. This upheaval affects children at school, parents in work, and severs family ties in the community. For almost all the families we work with today, if they are fortunate to have housing that isn’t temporary, they have to put up with it. 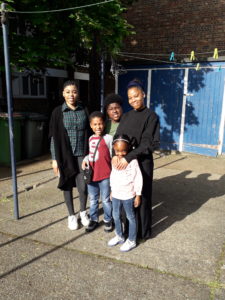 Grace has four children and began working with Sevgi, the SHS Practitioner at her children’s primary school, after a difficult family separation. Sevgi visited Grace’s home and identified the immediate needs of the family, which included housing issues, poverty, and unemployment.

Grace shares one of the rooms in her two-bedroom maisonette with her three young children. They already had a triple bunk bed, but one bed was too broken to use. Grace herself slept on a mattress on the floor. Grace was nervous and shy to accept help from SHS at first, but through small steps such as a family ticket to Disney on Ice (kindly gifted by Nomura) and Grace attending Sevgi’s parent coffee mornings, the relationship and trust developed.

Although Grace was beginning to trust Sevgi, progress was slow. Grace previously worked in mental health services but had to quit her last job due to unsociable hours and childcare costs. This meant she was unemployed, living in her cramped, worn-down home without the means to change her situation. Coupled with the difficult family separation, Grace’s confidence was at an all-time low, her trust in others was almost non-existent, and she couldn’t see a way forward for her and her family.

Then, in January, SHS asked Sevgi to put forward families for the DIY SHS project. She chose Grace.

DIY SHS is run by our fundraising team and corporate volunteers, who were from Weil Gotshal & Manges (London) LLP this year. Weeks of preparation comes down to one day of work, after which dilapidated rooms are transformed and brand new furniture such as beds and dining tables appears. A big task for our volunteers, and one that they prepare for months in advance. In the run-up to the big day, Grace was really nervous about DIY SHS. But working with Sevgi increased Grace’s confidence so that she was able to make that decision to say yes for herself and her family.

Of course, Grace had nothing to worry about. When she and her family returned from a fun day at London Aquarium – the transformation blew Grace away! The team bought a new triple bunk bed for the children and assembled a bed frame for Grace. They also added in extra furniture such as storage, blinds and curtains, and one volunteer also donated a three-piece leather suite. 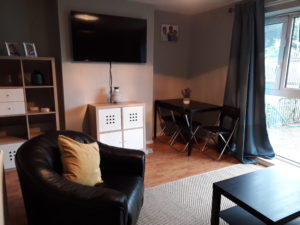 Sevgi saw Grace’s outlook on life change almost overnight. It was already time for the next step in getting Grace’s life back on track: employment.

Getting parents into employment 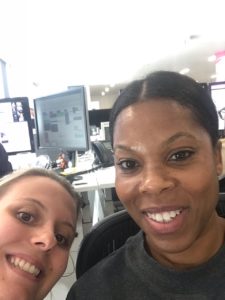 Grace attended an SHS Employment Skills Workshop in May 2019. There, our corporate volunteers worked with parents to update or create a CV. Grace came prepared with an existing CV to be updated and made a conscious effort to get as much as possible from the session. Afterwards, Grace was approached by one of the volunteers, an HR Manager at an investment management company. They told her how impressed they were and said they would be in touch about a potential admin role in their organisation.

Grace was interviewed four times, including a telephone meeting with a US Director and the UK CEO. She was offered the job and started in mid-July 2019!

Opening doors for the next generation 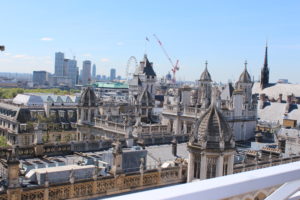 Ruby is capable and talented but simply lacks the social network which gives young people access to these opportunities. The work experience is part of the  Widening Entry Into Law (WEIL), a scheme to enable professional lawyers from less-advantaged backgrounds the opportunity to learn about life in a law firm and what it takes to get there.

Ruby has just finished studying a foundation course at university and intends to start the first year of her degree in October 2019. Weil has promised to support her with ongoing mentoring.