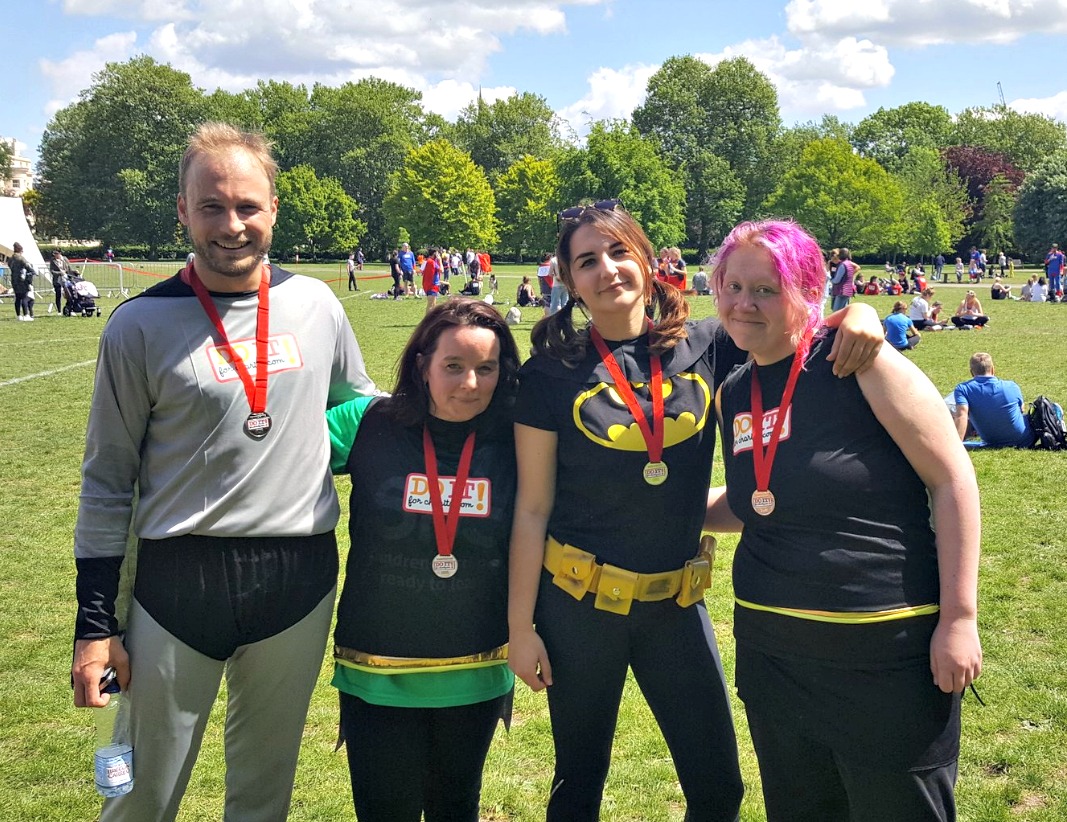 On Sunday 14th May, a group of volunteers took part in the Do-It-For-Charity Superhero Run 2017 to raise money for School-Home Support. It was a beautiful, sunny day in Regent’s Park, and over 2,000 people gathered there to take place in the run – either wearing the Batman and Superman costumes provided by Do-It-For-Charity or their own creations. Power Rangers, X-Men and Teenage Ninja Turtles could all be seen at the group warm-up, as well as some sumo wrestlers who were much admired – even if they might have regretted their large, inflatable costumes as temperatures soared!

Matthew Thorn from Norton Rose Fulbright, Kelly and Joe Curtis, and Rachel Krengel all took part in the day for School-Home Support, as well as SHS staff. Egged on by Matthew and motivated all the way until the finish line, our Corporate Development Manager, Emma Mortoo, spontaneously decided to do 10k instead of 5k at the start line – it was that kind of inspirational atmosphere! Lots of supporters were cheering at the sides of the track throughout the race, and families gathered at the finish line to say well done too.

A huge THANK YOU to all of our volunteers. They raised a brilliant £1,166, which will help lots of vulnerable children and families!