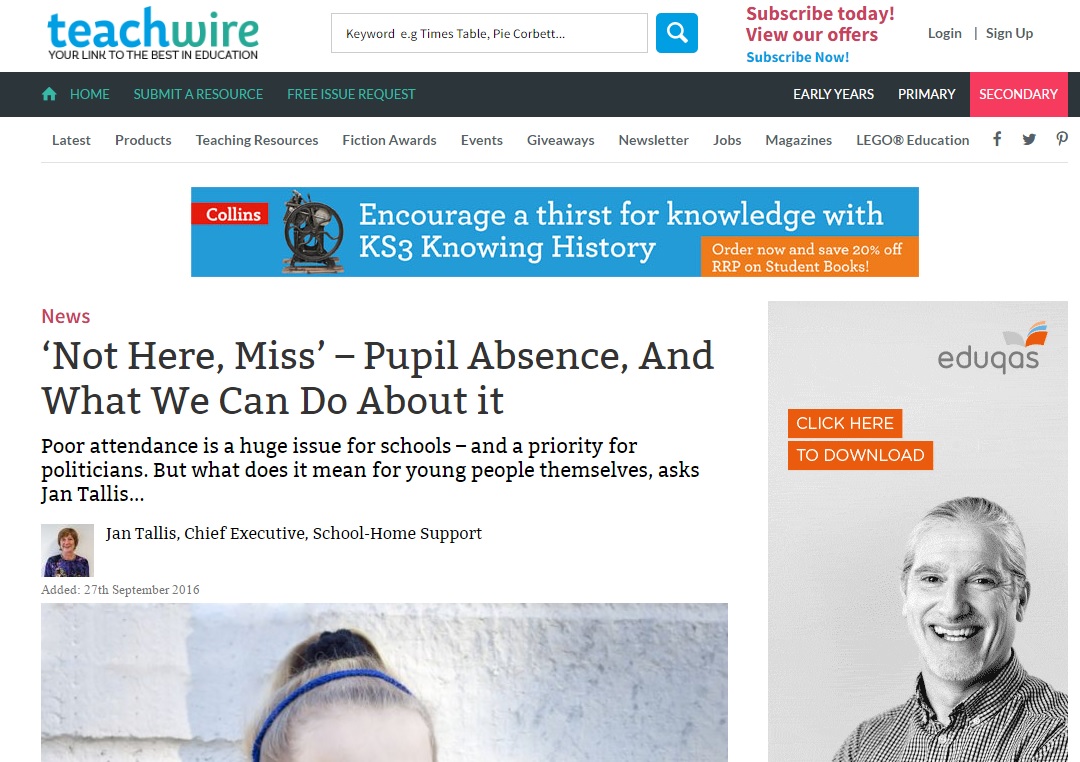 School-Home Support CEO, Jan Tallis, had a piece published in Teach Wire this month on poor attendance, what it means for young people, and how we can improve it. The article begins:

“Amid the sometimes fierce debate on how to improve the UK education system lies an indisputable truth – that pupils must actually attend school to benefit from what is being taught there.

While after-school clubs, exciting lessons and inspiring teachers are all fantastic, they won’t reach the most disaffected pupils unless they’re in class. And unfortunately, too many vulnerable children are still frequently absent.

In May this year, the DfE reported that pupil absences in England for the autumn 2015 term had decreased from the previous year. The overall rate for state-funded primary and state-funded secondary schools had gone down from 4.4% in 2014 to 4.1% in 2015. Great!

However, closer investigation reveals that the majority of these absences are caused by a minority of pupils who are persistently missing from class. When we look at the number of children who were persistently absent in autumn 2015 – losing 10% or more of their own possible sessions – the figure was still at 10.3%. That’s over 10% of pupils, missing more than 10% of school. And a disproportionately large percentage of those pupils are disadvantaged.”

You can read the full article here: http://www.teachwire.net/news/not-here-miss-pupil-absence-and-what-we-can-do-about-it

This article was originally published in this month’s print issue of Teach Secondary magazine. 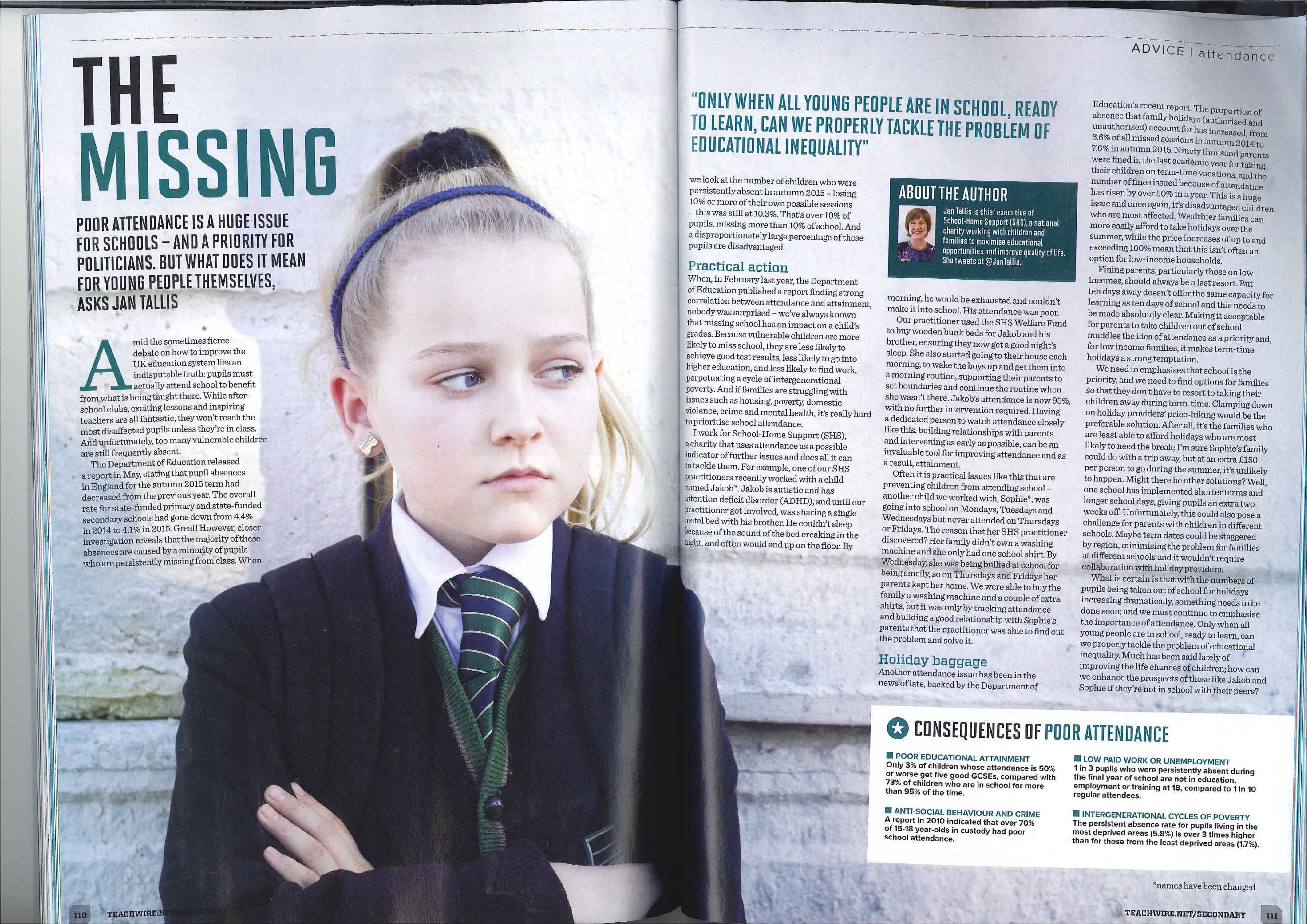