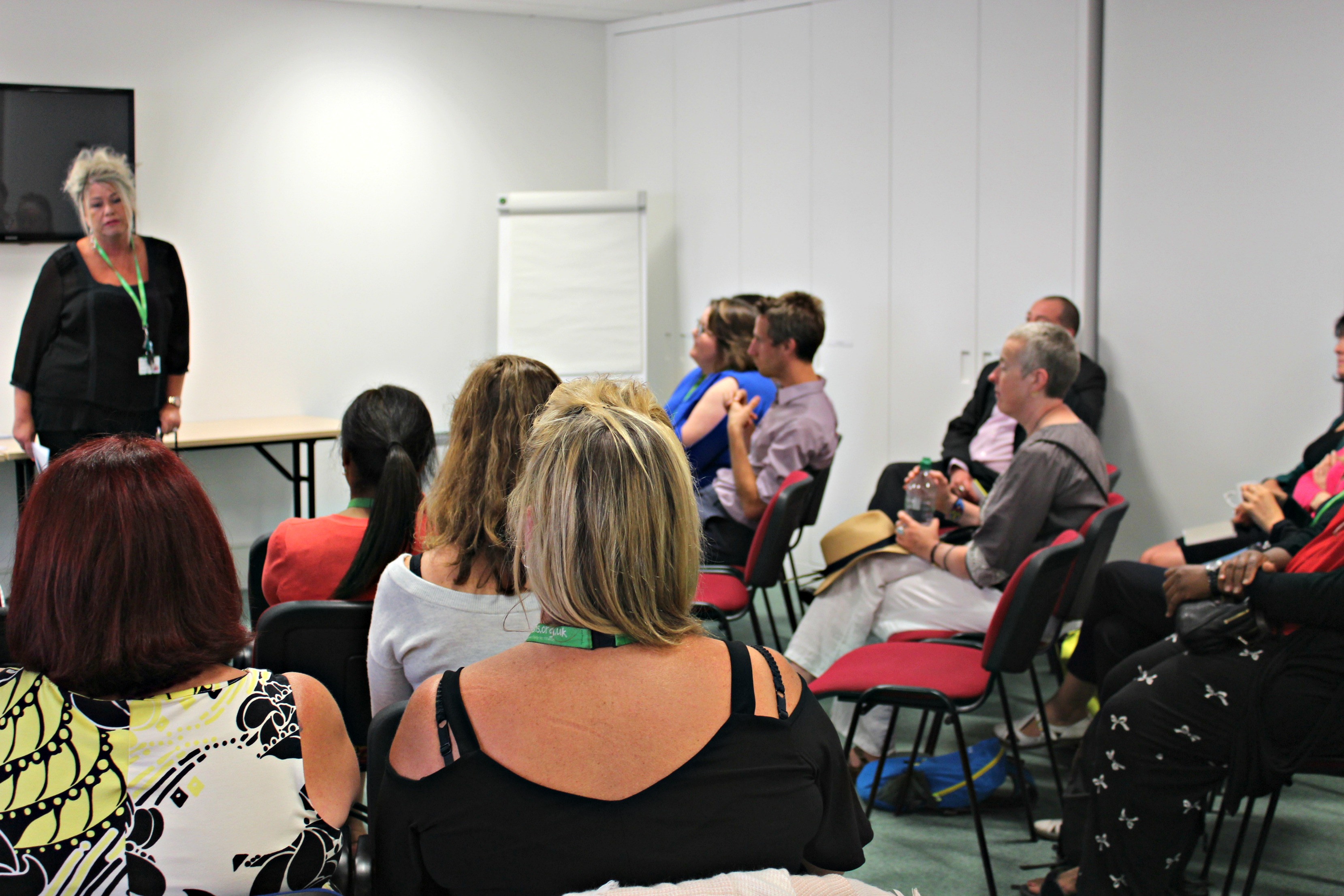 This week we held our annual staff awards, where we take the time to thank and reward our tireless practitioners and back office staff. The first award recognises the fantastic work of our school based practitioner staff, and our second recognises the work of non-school based staff such as managers, fundraising, and support services.

Terry Farrell was the Co-Founder of the East London Schools Fund (as we were known back then) and sadly died in 2007. Following his death, his friends and family donated funds to School-Home Support in his memory. SHS Trustees felt that these funds should be used for an annual staff achievement award in Terry’s name for school based staff, and so this award is open to any SHS school based employee who, in the opinion of their peers, has made a significant contribution to delivering the mission. Anne McHardy, Terry Farrell’s wife, attends the SHS Staff Awards every year in order to present the Award to the winning practitioner. 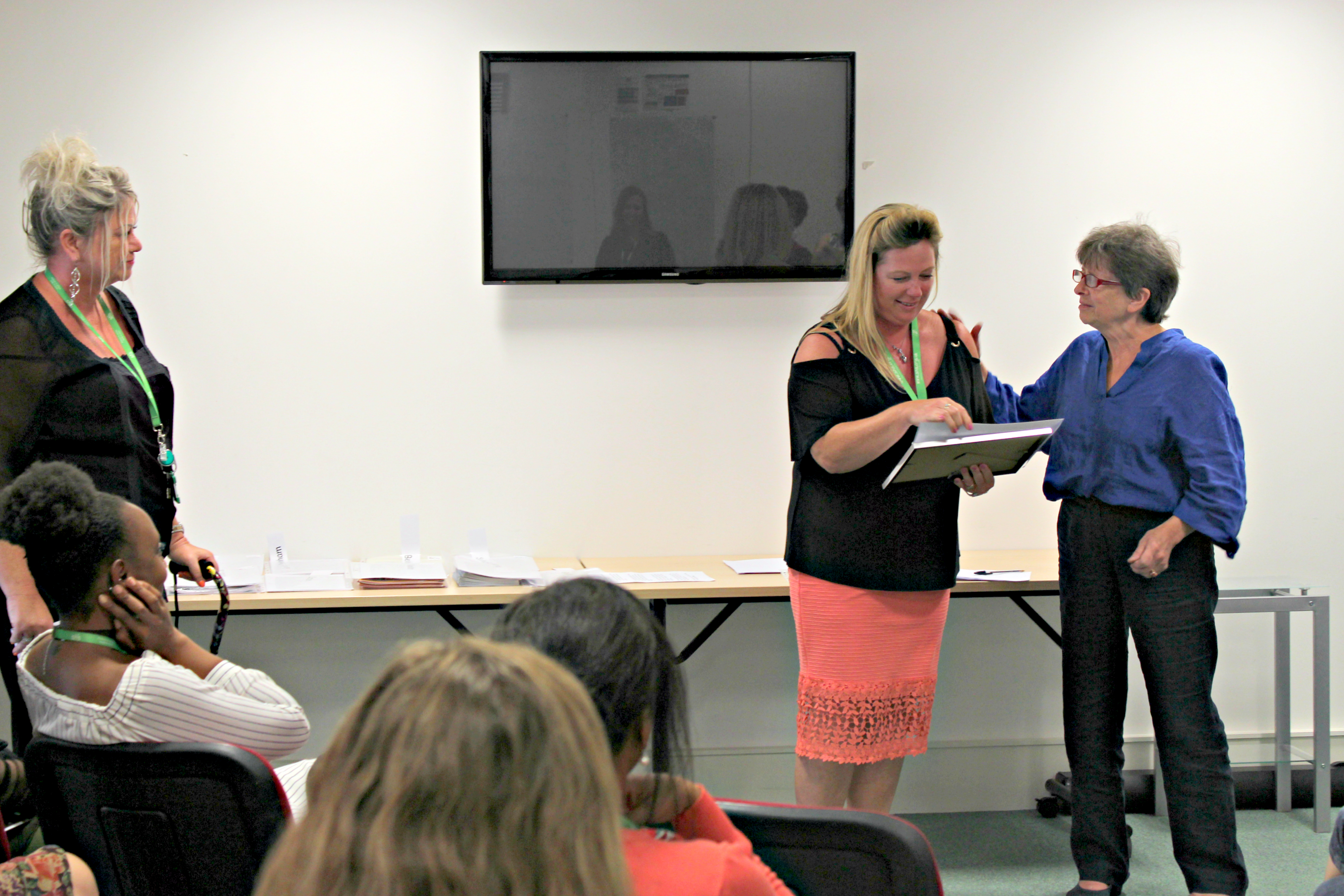 While all of these practitioners have done outstanding work over the past year, one received particularly glowing recommendations. Tracy Evans was declared the winner of the award for her work at the Erkenwald Centre and the Seabrook Centre, both in Barking and Dagenham. Reasons given for her nominations included:

“Even though I have not known Tracy for long, the short while I have know her she has made a great impression. The headteacher at Erkenwald centre advised me how valuable Tracey is and the lengths she goes to to make sure the young people are attending the center and ready to learn when they get there. Tracy clearly makes a personal effort to “go the extra step” and treats each person professionally — with warmth, courtesy, and respect.” 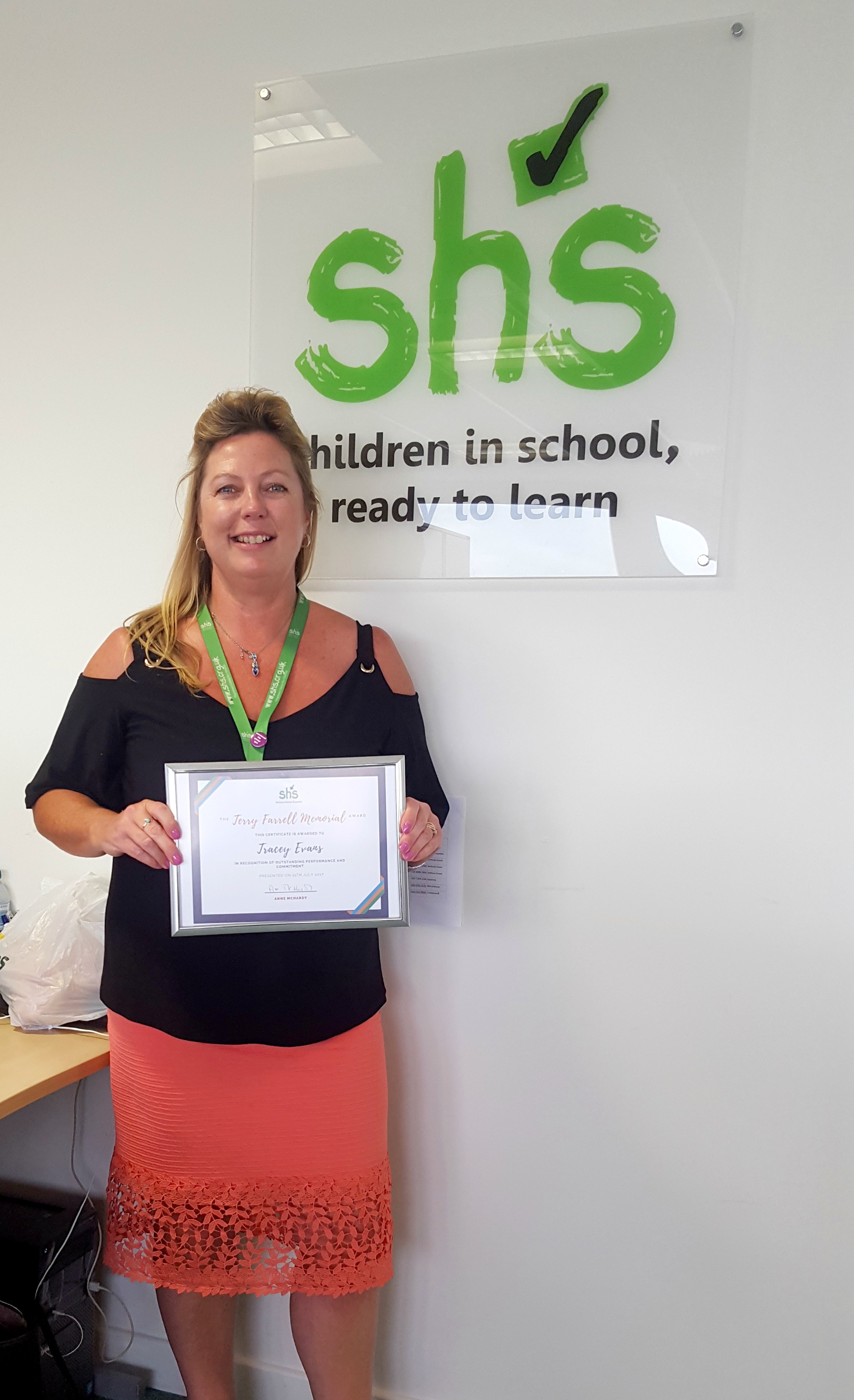 “For her tireless work supporting families with the Erkenwald Centre, her positive, can do approach has made a huge difference to the anxious students and parents she works with. Her organisational skills have also made my role much easier as she coordinates the TAF meetings and review meetings for the families involved.”

Sir Harvey McGrath has been a great supporter of School-Home Support for several years. In particular, he has made substantial financial donations to cover the costs of the organisation that are not directly related to our school based work. He was delighted that we chose to name this award in his honour and was keen to be the judge of it.

The award is open to any SHS non-school based employee who, in the opinion of their colleagues, has made a significant contribution to delivering the SHS mission. This year, the award was presented by Jaine Stannard, our Chief Executive. 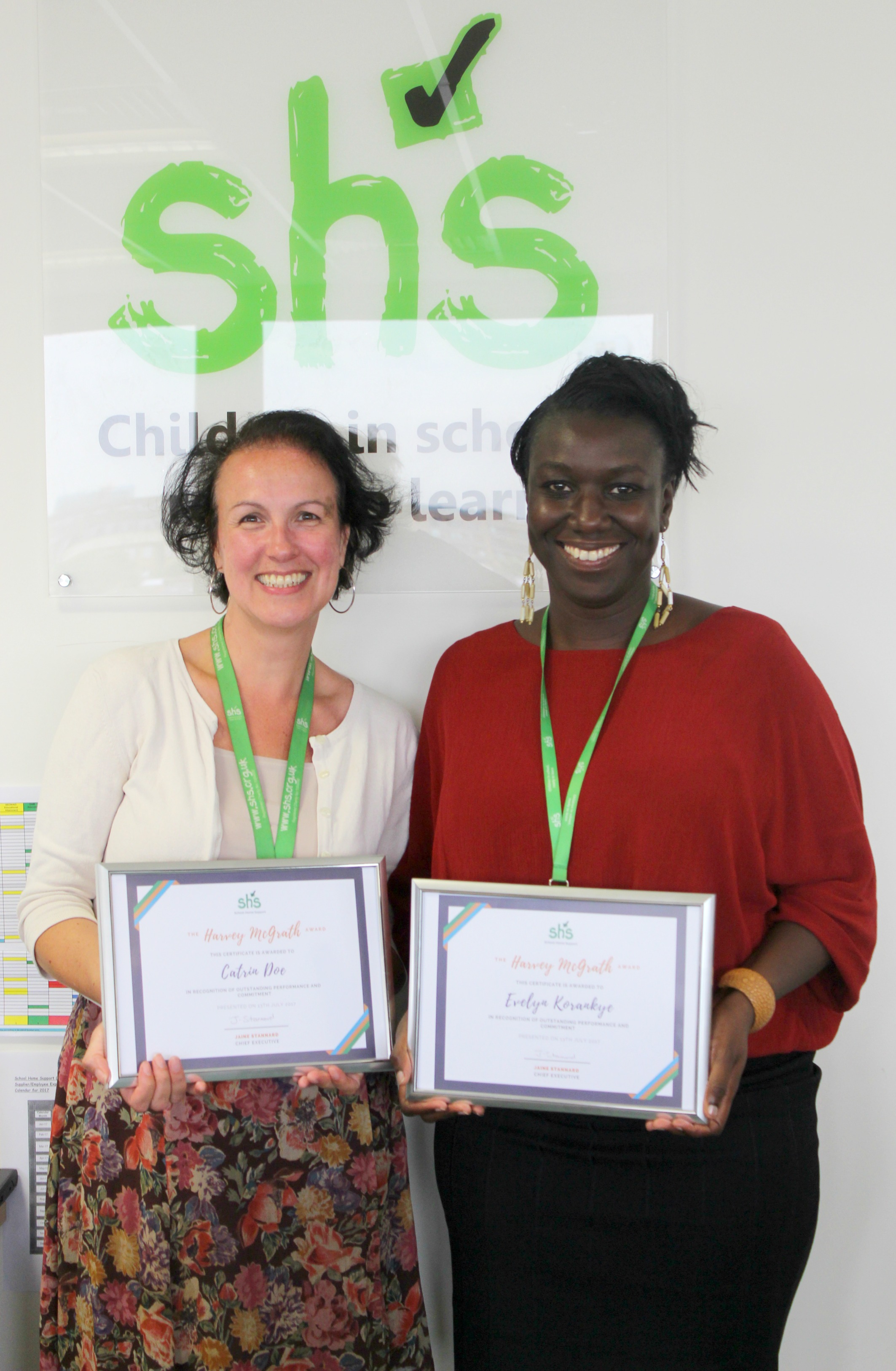 This was a really difficult decision, and in the end Sir Harvey decided it had to be a draw – so a big well done to Catrin Doe and Evelyn Korankye! Quotes from Catrin’s nominations included:

“She is a real multi-tasker, managing training delivery, liaising with partners, liaising with SHS staff, running projects- the list is endless…..basically, I think the training and assessment arm of SHS would struggle without her commitment.”

“Evelyn is building up the Business Development role which faces incredible challenges in the current economic climate. She has shown perseverance and dedication. Evelyn is a pleasure to work with, she is always willing to help anyone, even with things outside of her role. Little things make a huge difference in a small back office such as ours.”

Awards were also presented for reaching milestones as part of the SHS team. Tracey Shackle has been with us for five years and Bea Fenton has been with us for an impressive fifteen years! Well done to these two for their many years’ service, and for the many children whose lives have been undoubtedly improved by their work.

A huge well done goes out to everyone who was nominated for these awards, as well as to the winners. Congratulations, everyone, on a great year!