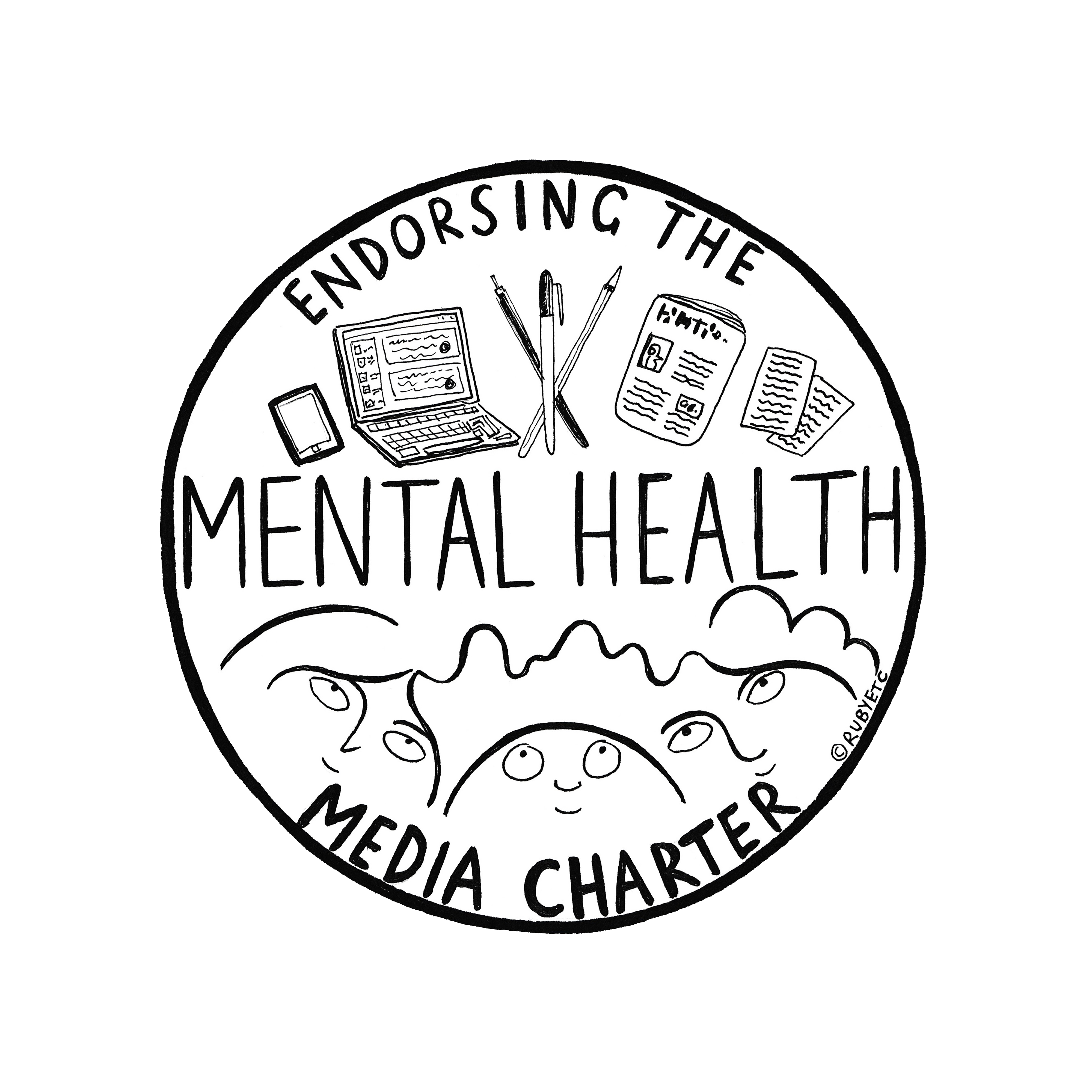 School-Home Support has signed up to the Mental Health Media Charter, compiled by Natasha Devon MBE in association with Mental Health First Aid (MHFA) England, Beat and The Samaritans. The Charter provides guidance as to the kind of language to use when discussing mental health issues, and by signing up we are signalling that we are committed to reporting our stories relating to mental health responsibly, helpfully and in a way that takes into account the needs of the most vulnerable members of the population. We acknowledge the power of language and imagery in shaping social attitudes, and are declaring our intention to genuinely educate and to reduces stigma around mental illness.

In practice, this means that any blog post or news article we publish, tweet we send out, application we send off, etc should be in line with the guidance below and welcome any feedback should something ‘slip through the net’. We will do our best not to:

1. Use the phrase ‘commit suicide’ or ‘successful suicide’.

The term ‘commit’ suggests criminality and blame. We now understand that suicide happens when pain exceeds resources for coping with pain. It is not a criminal act in the UK and has not been since 1961.

‘Successful suicide’ contravenes what we now understand about the act – Most people who take their own life are ambivalent, in that part of them wants to live.

Better alternatives: ‘Attempted/completed suicide’, ‘took/ended their own life’, or even ‘killed themselves’.

2. Show ‘before’ images in eating disorder stories or pictures which could be triggering to people who self-harm.

For people who are in a healthy mindset, seeing ‘before’ pictures of people in the grips of anorexia or who have self-harmed can act as a deterrent. However, for people who are either experiencing, or in recovery from eating disorders or self-harm we now understand that these pictures can become something to ‘aspire to’.

3. Use the term ‘anorexics’, ‘bulimics’, ‘depressives’ or ‘schizophrenics’…

It is important to understand that a person is distinct from their illness. To label someone an ‘anorexic’ for example, suggests that they are defined by their eating disorder. This is not only unhelpful in terms of the way they are perceived by others but it might also hinder their recovery process.

4. Give too much detail on suicide/self-harm or eating disorder methodology.

We now understand that giving a lot of detail about how people have harmed themselves can inspire imitational behaviour – There is a delicate balance to be struck with your responsibility to report the facts of the case. Try to avoid going into too much detail, which will ensure the report is safe for all audiences. As a general rule, stories should focus on ‘whys’ not ‘hows’.

99% of people with mental illnesses are more likely to harm themselves than others. In establishing a link between generic poor mental health and terrorism/violent crime, stigma and fear is increased.

Instead be specific – what mental health ‘issue’ did the perpetrator they have? Was it in fact a personality disorder (being a psychopath or a sociopath is not technically a ‘mental illness’)? You might also add a disclaimer along the lines of ‘note most people with mental health ‘issues’/personality disorders would not commit a crime of this nature, which occur as a result of a rare combination of circumstances’.

And you will do your best to:

6. Understand the difference between mental health and mental ill health.

Everyone with a brain has a mental health, just as everyone with a body has a physical health. By using the term ‘mental health’ to describe mental illness, an important discussion which impacts 100% of the population is confined to one quarter of it.

Instead of ‘battles with mental health’ it is therefore much more helpful to say ‘issues with mental ill health’ so that the public can understand the distinction.

7. Include links to good quality sources of support if content might trigger need for help in a reader.

The best charities and support organisations ensure their web forums are monitored for triggering content (ie users sharing self-harm or suicide techniques). They do not promote one form of therapy for financial gain but instead describe various treatment methods. They base their content on reliable evidence and have good links with research institutions.