Last week we held our annual staff awards, where we take the time to thank and reward our tireless practitioners and back office staff. In 2010, we decided to separate our main staff awards in two; one that recognises the fantastic work of our school based practitioner staff and another that recognises the work of non-school based staff such as SDMs, fundraising, communications and support services. When you hear about the kind of achievements SHS staff make on a day-to-day basis, you realise how steep the competition is and just how impressive the winners of these awards are!

Terry Farrell was the Co-Founder of East London Schools Fund (as we were known back then) and sadly died in 2007. Following his death, his friends and family donated funds to SHS in his memory. SHS Trustees felt that these funds should be used to create a Terry Farrell Resource Library for practitioners (formerly located at our Centre Office) and an annual staff achievement award in Terry’s name for school based staff. The award is open to any SHS school based employee who, in the opinion of their colleagues, has made a significant contribution to delivering the mission. Anne McHardy, Terry Farrell’s wife, attends the SHS Staff Awards every year in order to present the Award to the winning practitioner. 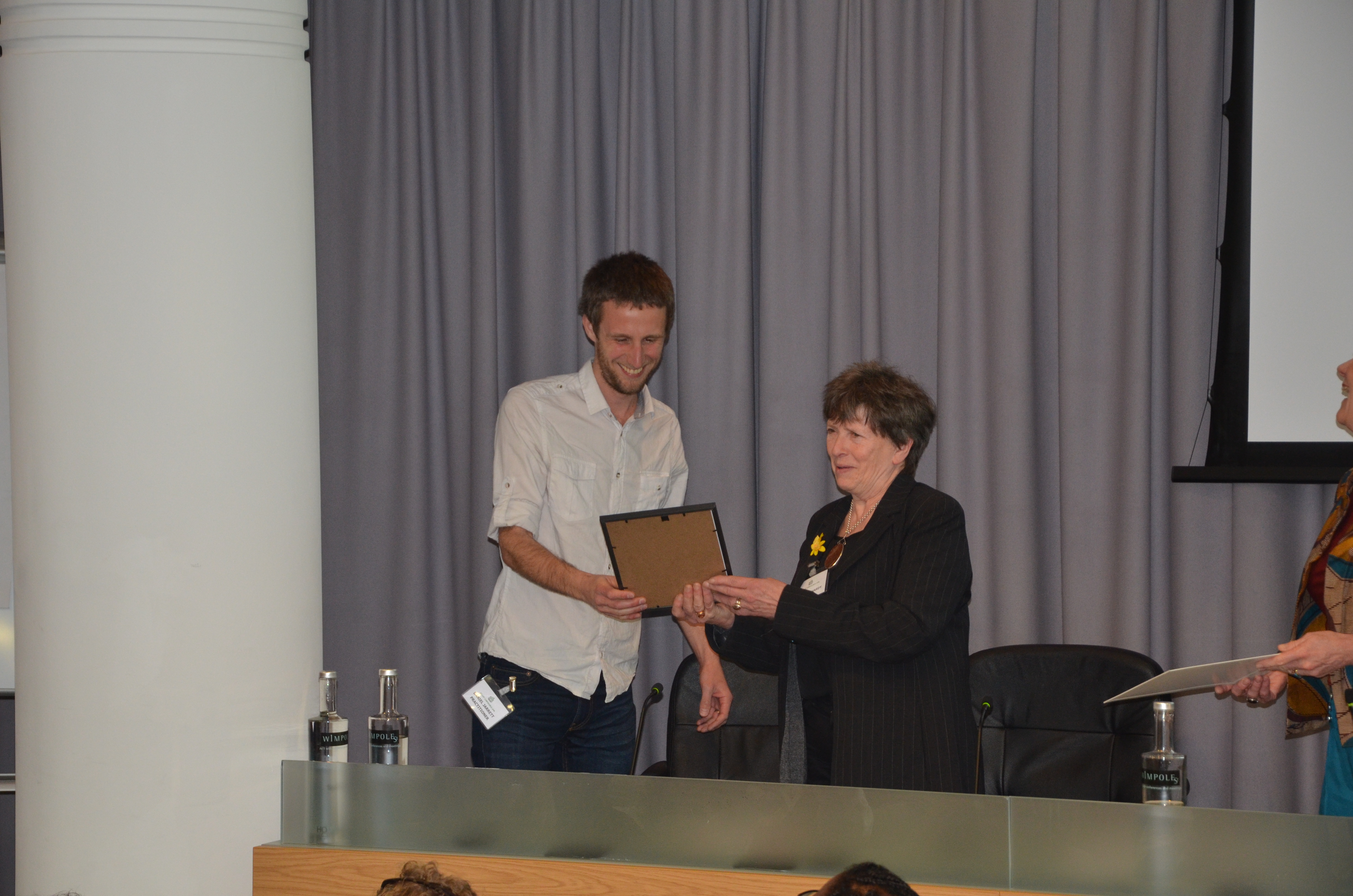 It was obviously an incredibly tough decision, but the winner of the award was Daniel Jarrett, a Troubled Families practitioner based in Newham. One nomination read, “Daniel shows empathy and tenacity. He builds trust with children, young people and families whilst ensuring that boundaries are kept and positive outcomes are achieved. He goes all out to ensure that he makes a positive impact on families’ lives, taking them and other professionals to task when needed, always for the good of the child or young person. He is a team player, supportive and always willing to share good practice or be a listening ear. […] Daniel is a great ambassador for SHS, and many professionals and families share positive comments and feedback on Daniel.”

Sir Harvey McGrath has been a great supporter of SHS for several years. In particular, he has made substantial financial donations to cover the costs of the organisation that are not directly related to our school based work. He was delighted that we chose to name this award in his honour and was keen to be the judge of it. The award is open to any SHS non-school based employee who, in the opinion of their colleagues, has made a significant contribution to delivering the SHS mission. This year the award was presented by Richard Evans, our Chair of Trustees.

Nominated for this award included: 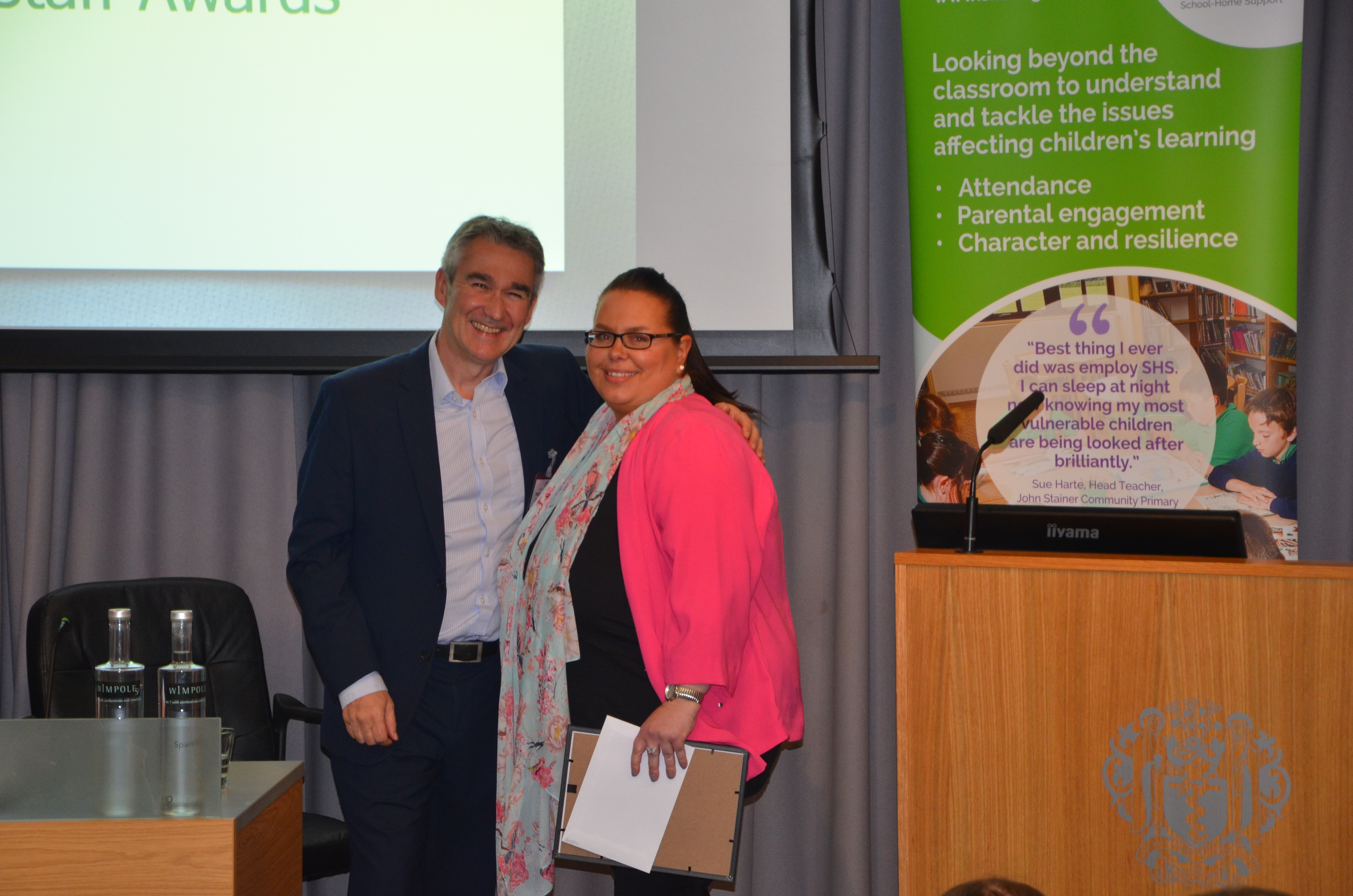 Every one of the nominees achieved great things in 2015 but one person in particular stood out. Jo Bullard was declared the winner of this award, after taking on the role of HR Administrator in addition to her very busy role as Executive Administrator to CEO.  A fellow staff member described her as “…always forward thinking, pragmatic yet innovative in her approaching and as such is a true asset to the SHS team. […] Jo demonstrates great commitment and work ethic.” 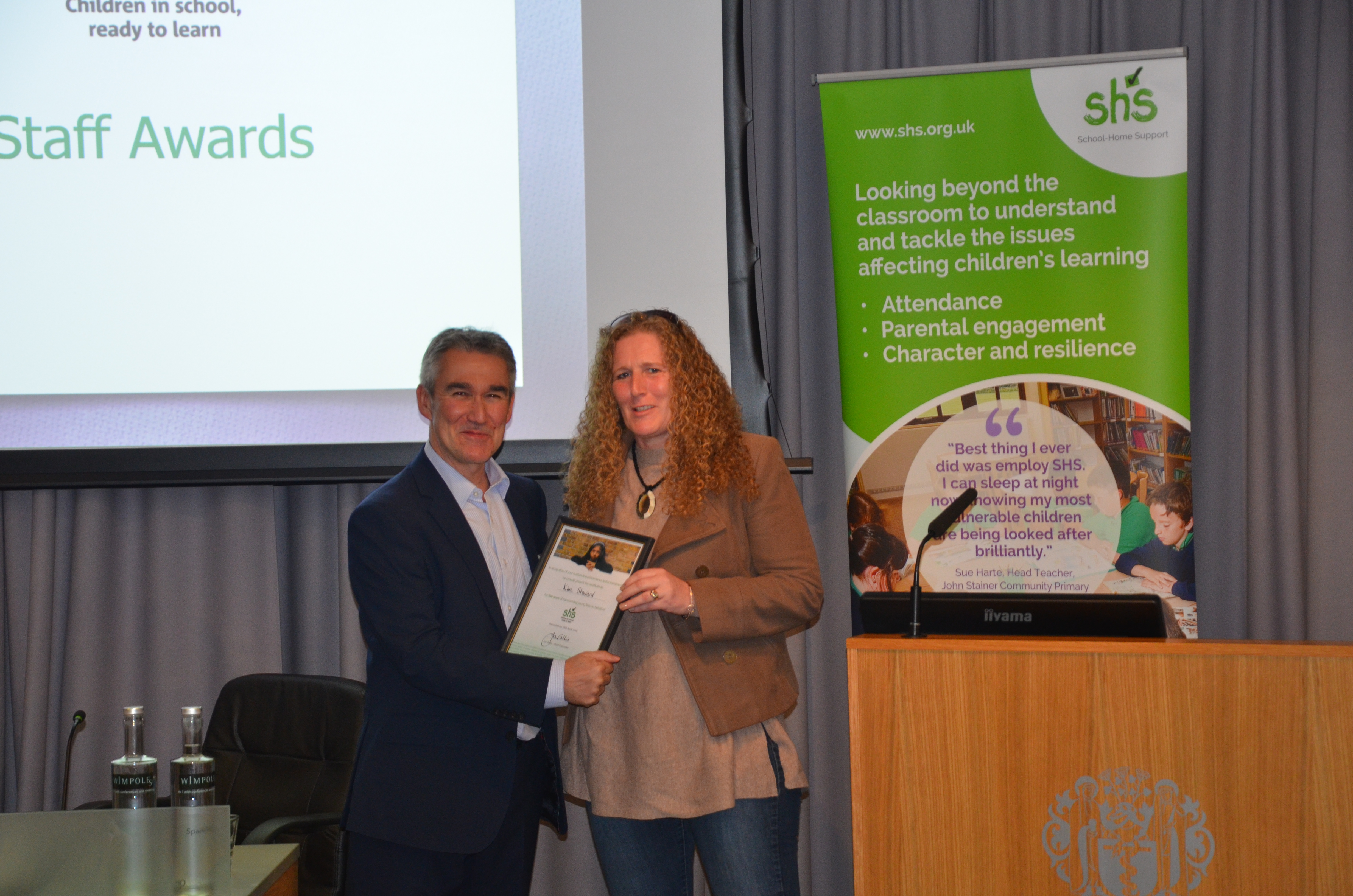 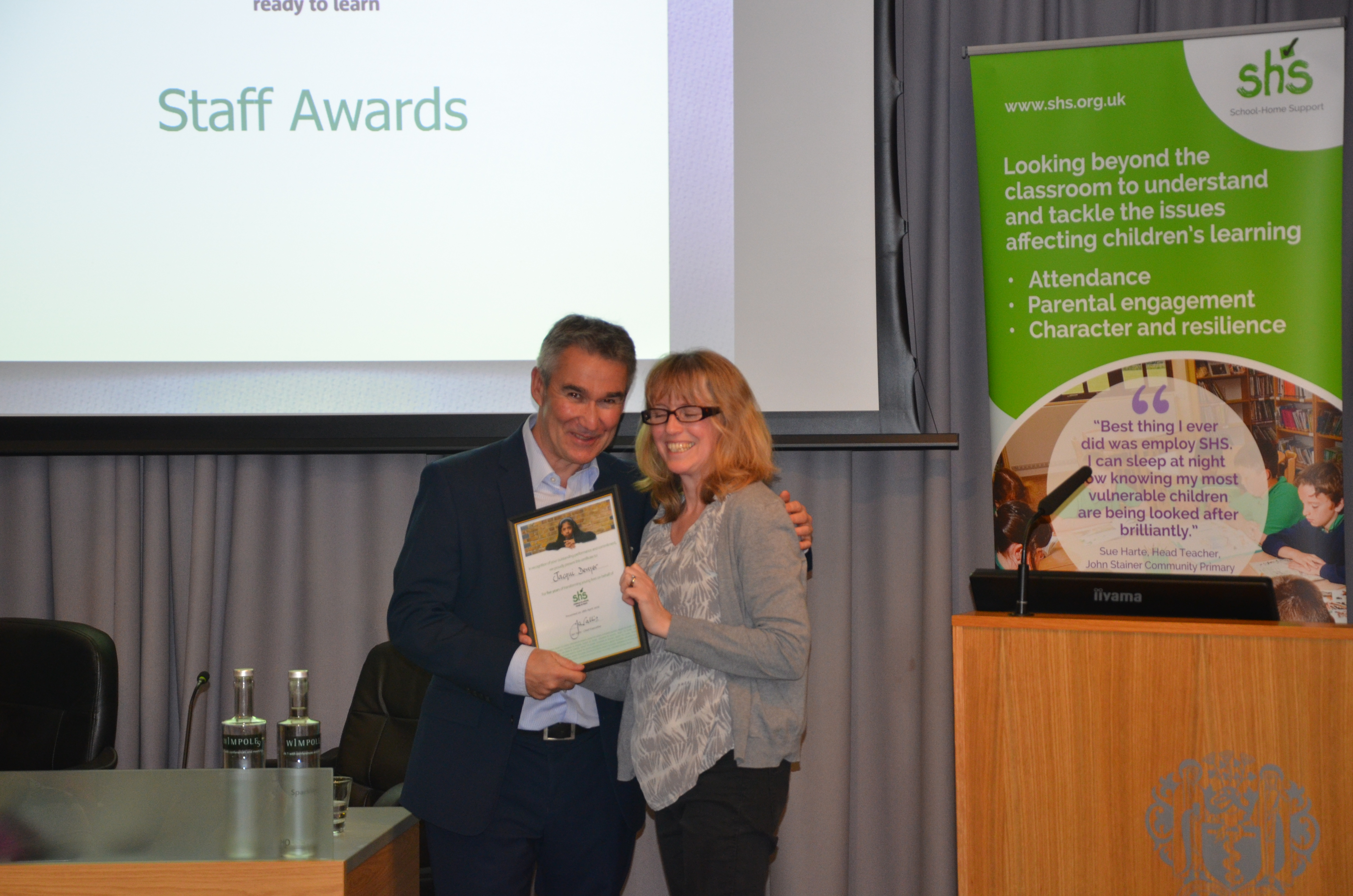 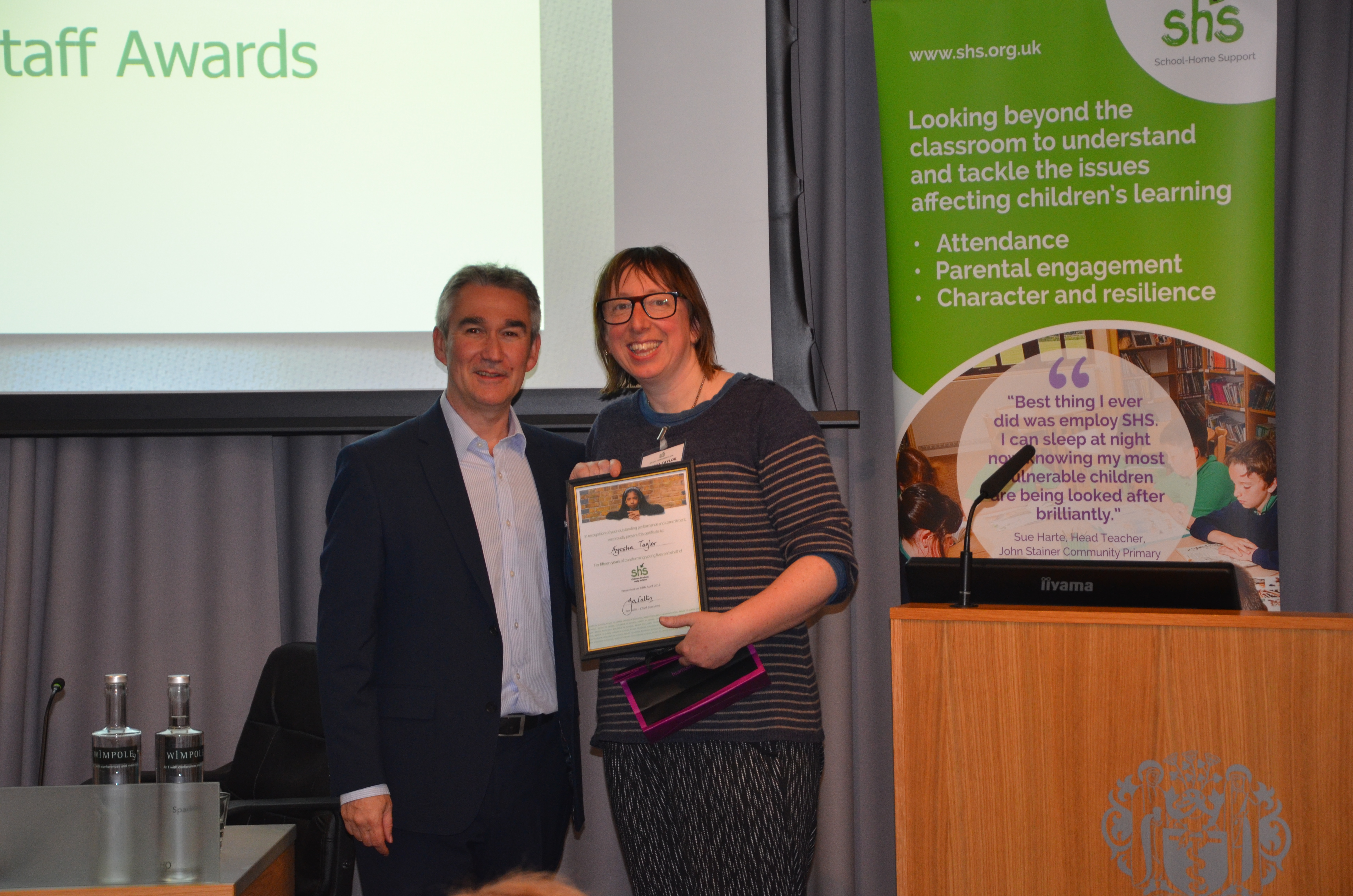 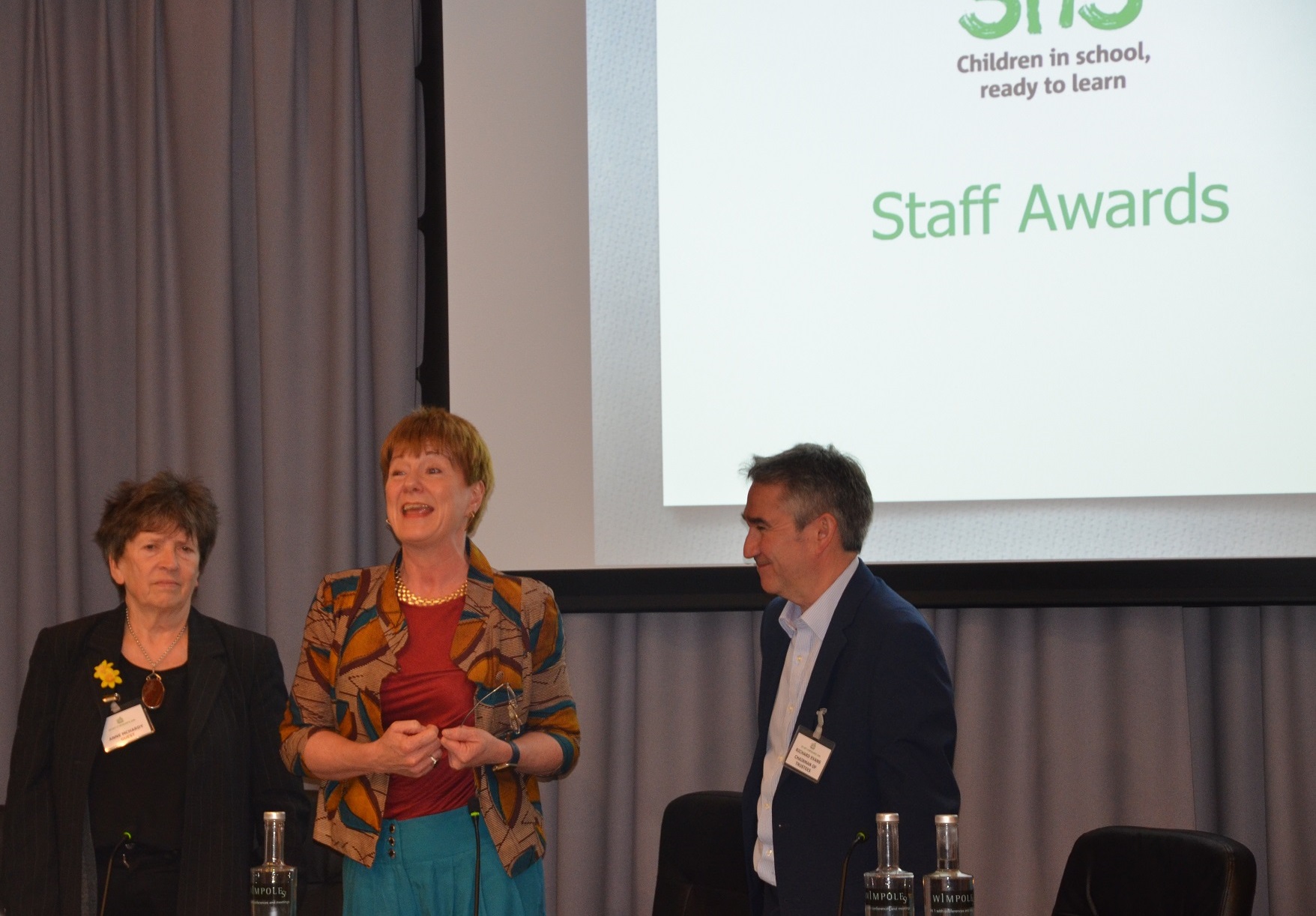 A huge well done goes out to everyone who was nominated for these awards, as well as to the winners. Congratulations, everyone, on a fantastic year!