We want you to join our team as a superhero fundraiser! But why should you take up a challenge and run for SHS?

Here at SHS, we support as many children and parents as possible – breaking down underlying barriers to education such as poverty, mental illness, and poor housing to get children in school, ready to learn. Maximising their educational opportunities provides them with the life chances they need to thrive.

Unfortunately, without you, this crucial support we offer to children and parents isn’t possible and the educational inequality that children face can have powerful repercussions in their adult life.

By taking up a challenge on behalf of team SHS, your efforts can help to support children like Shelley.

Shelley hadn’t turned up for school again. Nobody was answering the phone at home, so the SHS practitioner went to the house. When she got there she heard screaming and shouting – an argument over who would have the last piece of bread, because there was no other food in the house.

The practitioner took Shelley to school and gave her breakfast. She then went back to the house to talk to her mother. It transpired that the family was at risk of losing their home. Mum was a victim of domestic violence and was in serious debt. All of which impacted on her fragile mental health.

The practitioner made appointments with a domestic violence support team, a debt counsellor and mental health services. She took the family to the local food bank for emergency groceries. Over the next few weeks, Shelley’s attendance at school rose from 77% to 88% – an extra 21 days over a school year.

Your support will make all the difference to children like Shelley and ensure they are in school, ready to learn, so they can benefit from the education which has the power to transform their lives.

At School-Home Support (SHS) we have three challenge events coming up:

Featuring the British 10k Championships for Men and Women, and starting at The Mall and Finishing at Buckingham Palace, The Vitality London 10,000 is one of London’s most inspiring 10k races.

All SHS spaces for the Vitality London 10,000 have now been filled! Please see other opportunities below to get involved and make a difference.

Previously known as the British 10k, the Asics London 10k has been rebranded as the ultimate street party. The route features live bands, DJ’s and cheering fans every kilometre to motivate you, not to mention a few surprises they have in store.

Described as the best way to see central London, you’ll run down a closed regent street, the Strand, and Embankment with a spectacular view across the river of the London Eye. 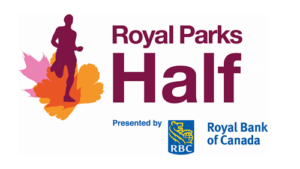 Dubbed as the “World’s Most Stunning Half Marathon”, this award-winning race is hugely popular.

The scenic route passes through four of London’s eight Royal Park’s, including Hyde Park, The Green Park, St James’s Place and Kensington Gardens and goes past some of London’s world-famous landmarks.

If you would like to find out more and secure your place to join Team SHS, we would love to hear from you!