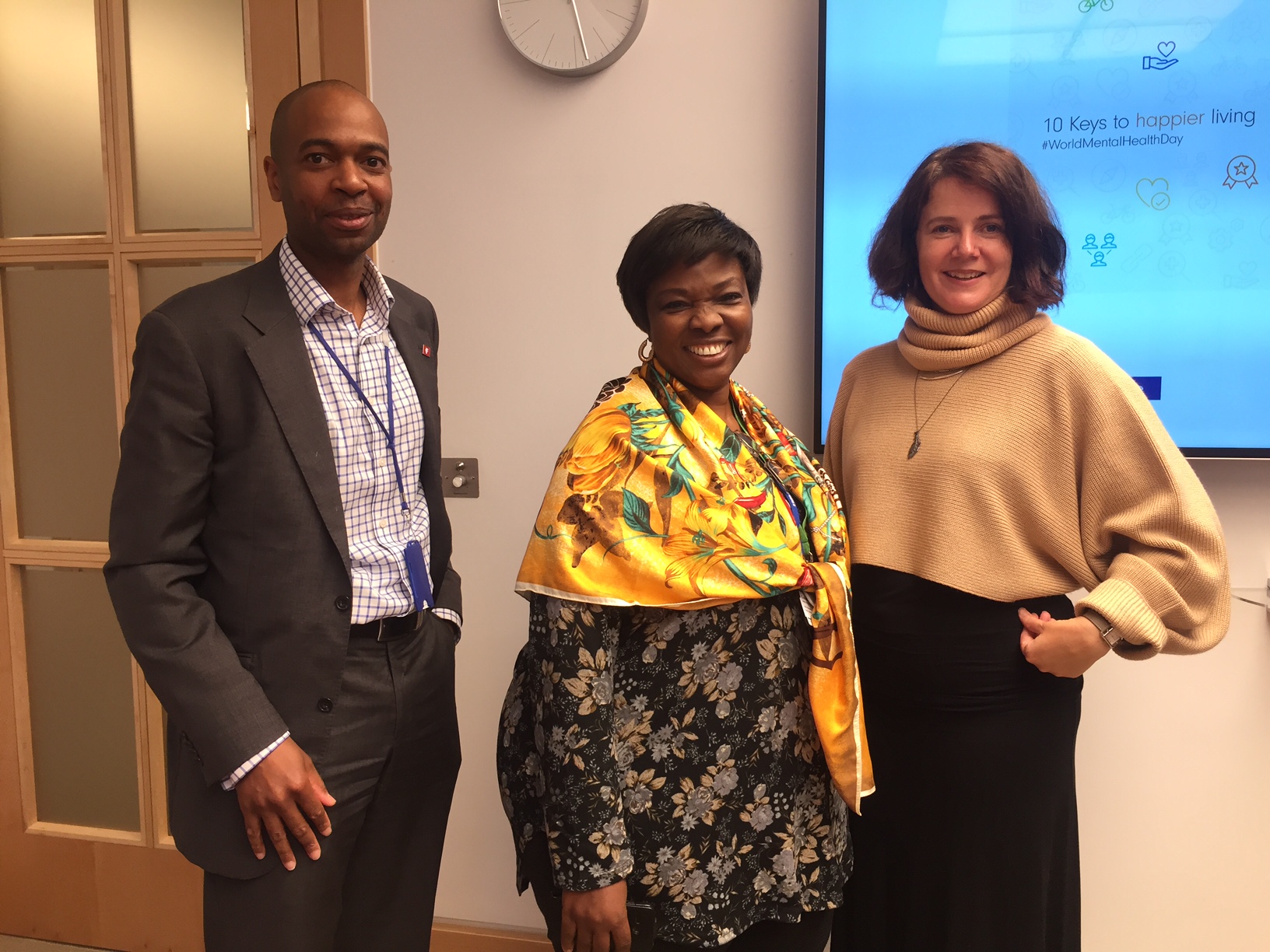 School-Home Support (SHS) relies on some of our key business partners to help raise aspirations and banish misconceptions about employment in the city.

Last week, we were at Fidelity International with a group of children and parents from a primary school in Hackney. As a starter for ten, Fidelity’s offices (in close proximity to St Paul’s Cathedral) make for an inspiring location. After a wander round the cathedral gardens, the 12 children and parents made their way into the auspicious offices.

We were hosted by Liza Taylor, chair of Fidelity London’s charity committee, who had gathered a rich mix of Fidelity employees for the group to meet.

Explaining investment management to a group of ten year olds can be a bit of a tall order, but Fidelity’s James Griffin, portfolio manager, managed to pull this off. Comparing familiar brands was the way in! James’s expertise and experienced dad status meant he captured the children’s imagination and got mums and children to see themselves as analysts, comparing the growth in profits of some major brands including Tesco, Amazon, Apple, Samsung and Netflix.

“I didn’t think I would understand James’s job but he got us to think about what makes a company successful because we knew who was best – we got it right every time!” – Boy aged 10 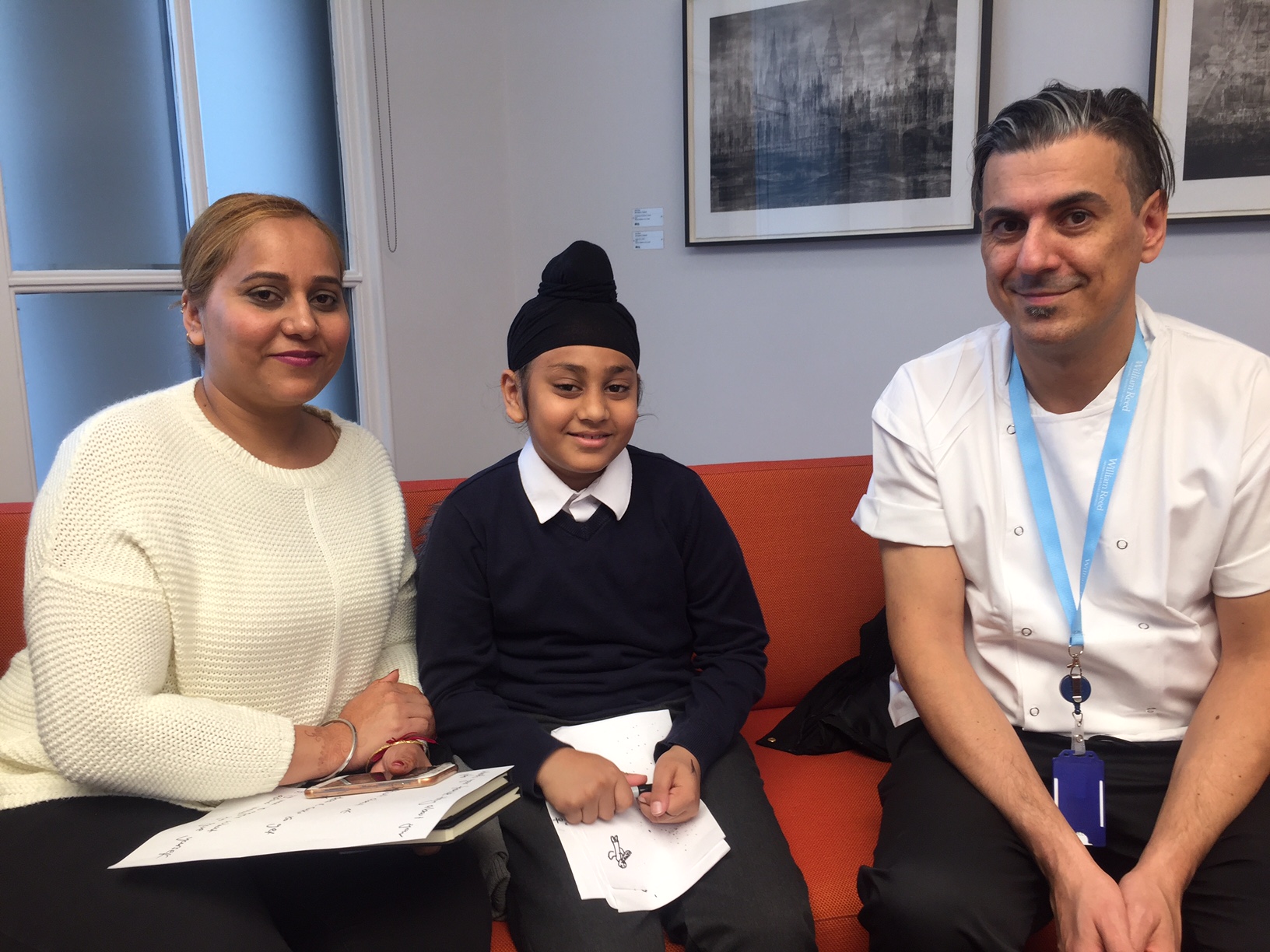 Next came a networking session, where children and parents interviewed a wide range of Fidelity staff, everyone from apprentices, graduates, tax specialists, communications specialists to the in-house chef! Interviewing staff provides children with a really practical opportunity to gain some new skills, and talking to people they haven’t met before, introducing themselves and asking questions made the children feel important. For parents, this was a great opportunity to learn more about employees’ pathway to employment – some went to university, some didn’t – and to learn more about the range and type of jobs needed in a business like Fidelity.

“I felt very important at Fidelity because I’ve never been to such a place before. Never been to such an office, I thought it was for well educated, posh people. The day was nice, I understand a bit more about investment now and the people were lovely and friendly.” – Mum of 10 year old boy 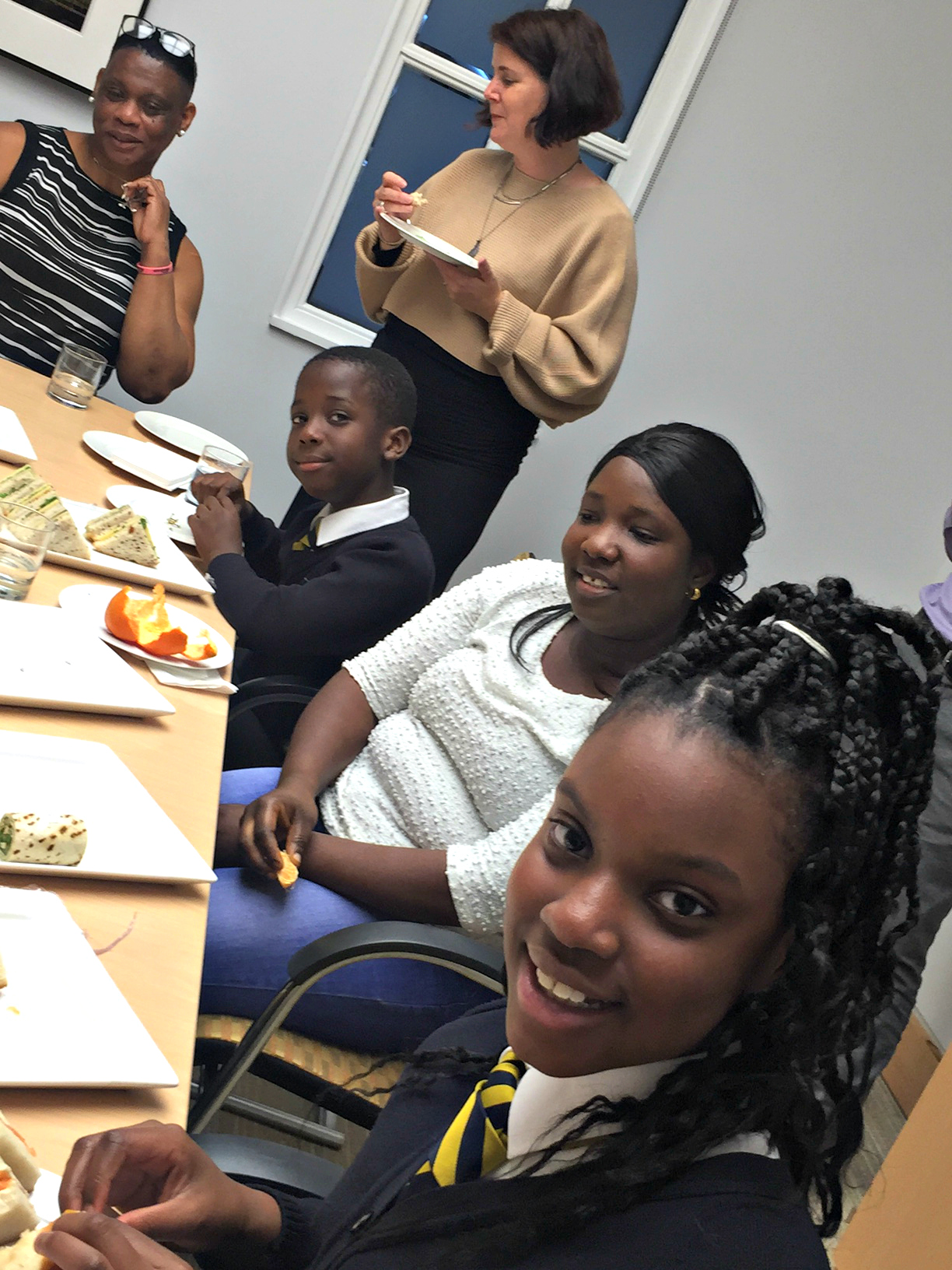 A short presentation from Craig Thompson, Early Careers Acquisition Manager, was particularly valuable. Craig’s role involves recruitment of young talent; he spoke about the opportunities in Fidelity for young people and gave some very practical tips to parents on issues such as university versus employment. Parents were keen to ask Craig about the pros and cons of a university education and whether a degree was essential to begin a career at Fidelity – it’s not.

“I liked the way they explain about the different jobs and opportunities like work experience and apprenticeship. I was glad I had the chance to go to such a place. Loved the goodies, loved meeting the professionals. I have already passed on the information to my 15 year old daughter in year 10 about possible apprenticeship at Fidelity. Thank you, Fidelity.” – Mum of 10 year old boy

Having a chance to admire some of the fantastic art in Fidelity on our tour of the building was a really inspiring end to our visit!

“Idon’t want to go back to school, the people are nice, the office is very nice, we all didn’t want to leave there.“ – Kyuwantae, girl aged 10

A big thank you to all the volunteers involved at Fidelity: