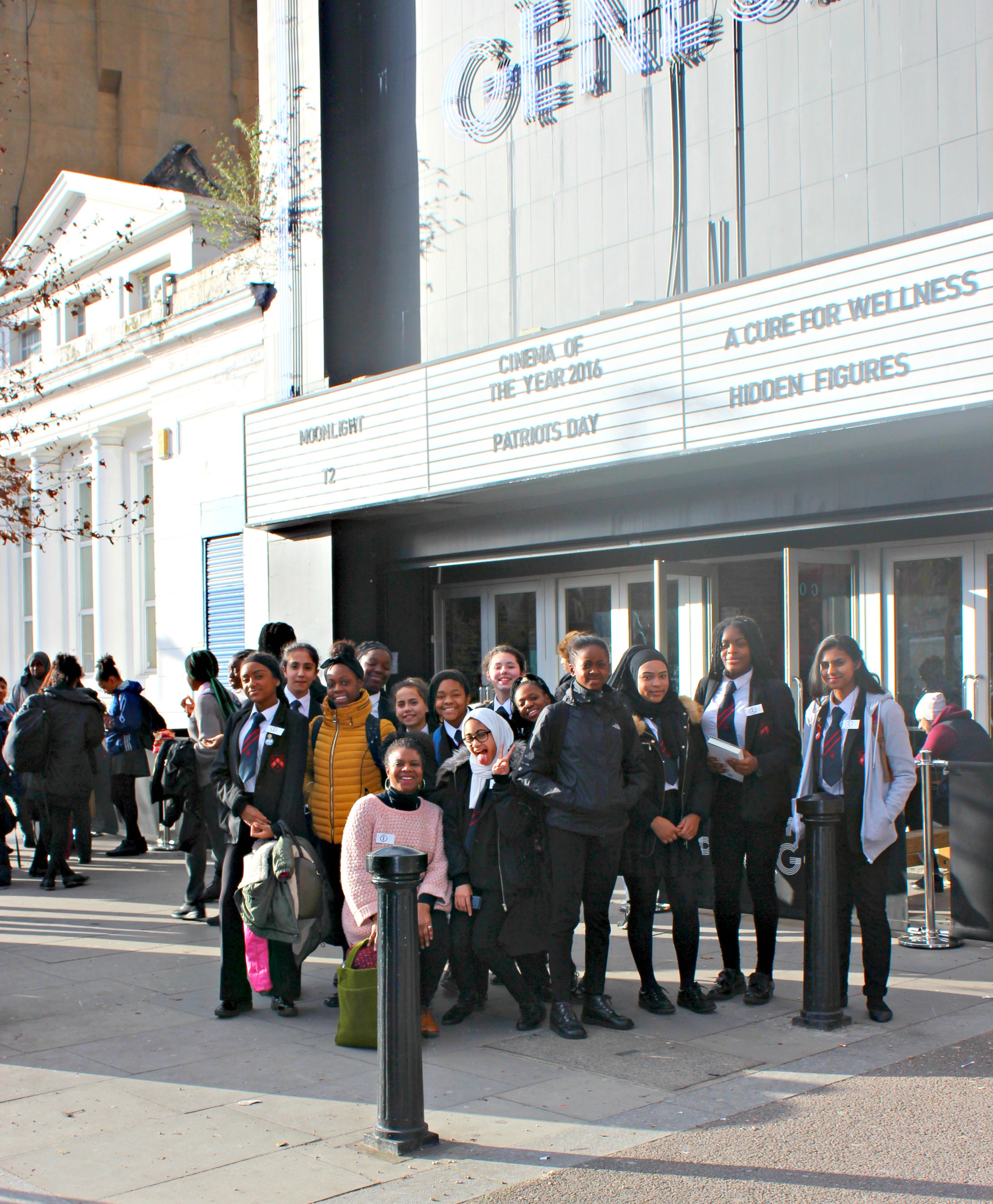 Last Friday, 18 year old June Eric-Udorie organised an event at Genesis Cinema, Whitechapel, for almost 500 girls of colour from local schools. The event included a screening of ‘Hidden Figures’, a biographical drama on the vital role that female African-American mathematicians played at NASA during the 1960s, and a Q&A session with a panel of women of colour from the STEM industry, including:

SHS practitioners, Stavey and Tracy, took pupils from Eastbury Community School and the Erkenwald Centre, where they work closely with children and families at the school. They identified 20 girls with high aspirations or particular need of inspiration to pursue careers in the field of science, technology, engineering and math. The girls all received a copy of the ‘Hidden Figures’ book.

In addition to raising the money to fund this screening, June is also raising money for Coretta Scott King School in Georgia, USA, after a teacher there reached out to her by email. The school is a young women’s leadership academy in a deprived area, and is having to shut down this summer. June is donating money so that girls at the school can watch Hidden Figures and be inspired by the women featured in it.

Jaine Stannard, Interim CEO at SHS, said, “This event was a wonderful way for local girls of colour to be inspired by the actions of women who have come before them. These girls are sadly likely to experience discrimination due to their gender, their race, their economic status, during their lifetimes – School-Home Support fights to level the educational playing field and events like this make a real difference. Thank you to June for organising!”