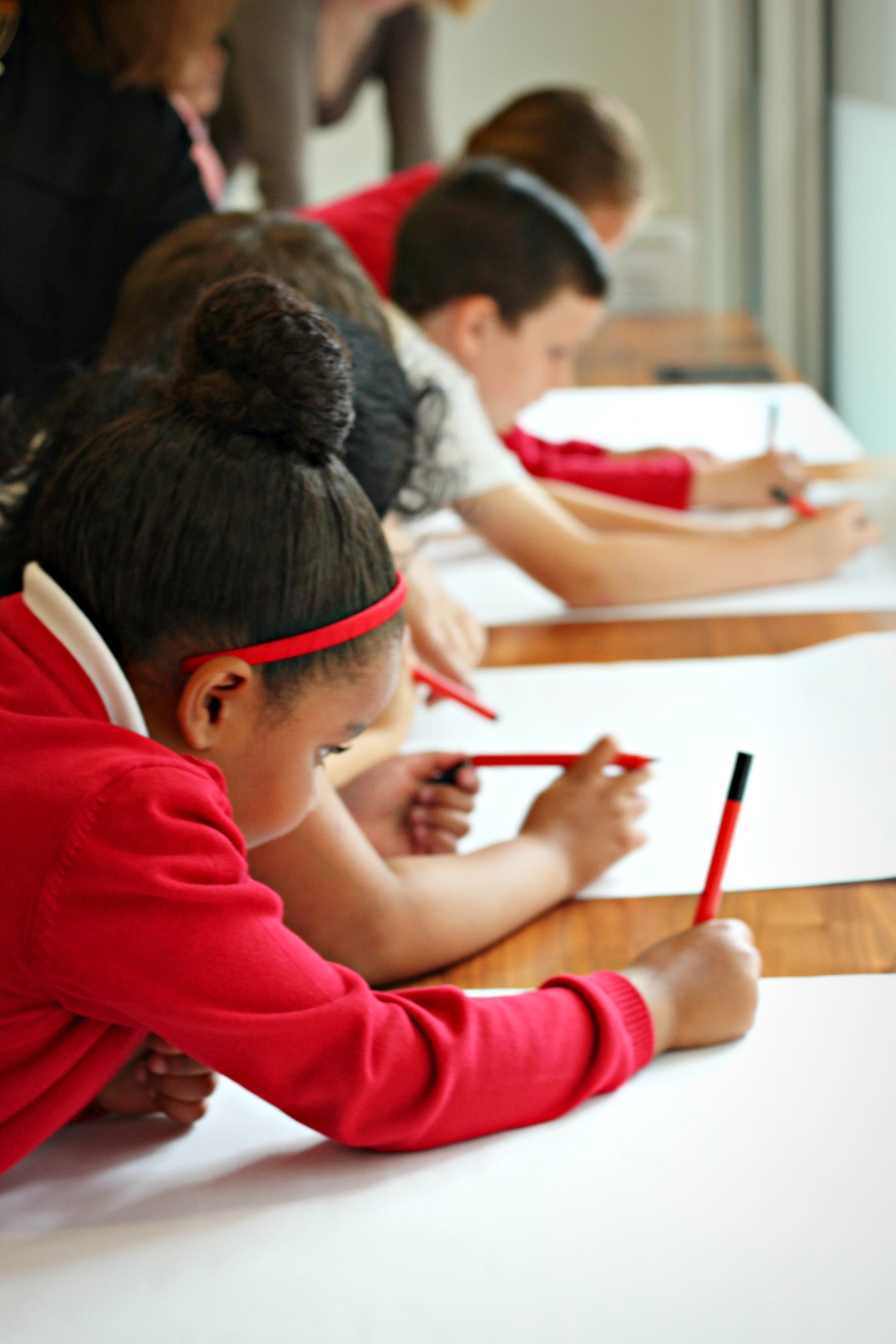 We’re pleased to announce that we’re entering a new partnership with communications consultancy Instinctif Partners. They want to help in practical ways, including sharing their professional comms expertise to raise our profile and directly volunteering with children in the local community. This week, Instinctif opened their doors to children from St Matthias School in Tower Hamlets. Lots of work had gone into the day; pupils and their parents were treated to a whirlwind of exciting talks and activities from the various departments in order to raise aspirations and teach them about jobs in the city.

The day started with Bryony, a Communications Manager, describing how an early tennis career combined with never giving up on school gave her the skills she needed to get her job. Then Ross, an Account Executive, talked about his route into Instinctif, moving from the army into a role where he could solve conflict in other ways. Ross and Bryony encouraged the children to think about the kind of roles they might like to do, and they all had the chance to write these out on large posters. One girl, Mollie, drew a big smiley face and wrote, “normal pursun – Happy!” as she couldn’t think of anything. By the end of her day at Instinctif, she’d wandered back over to the table and listed countless jobs, including news writer, postman, teacher and even “Priminister”. This shows the impact that the team had on Mollie’s ambition! 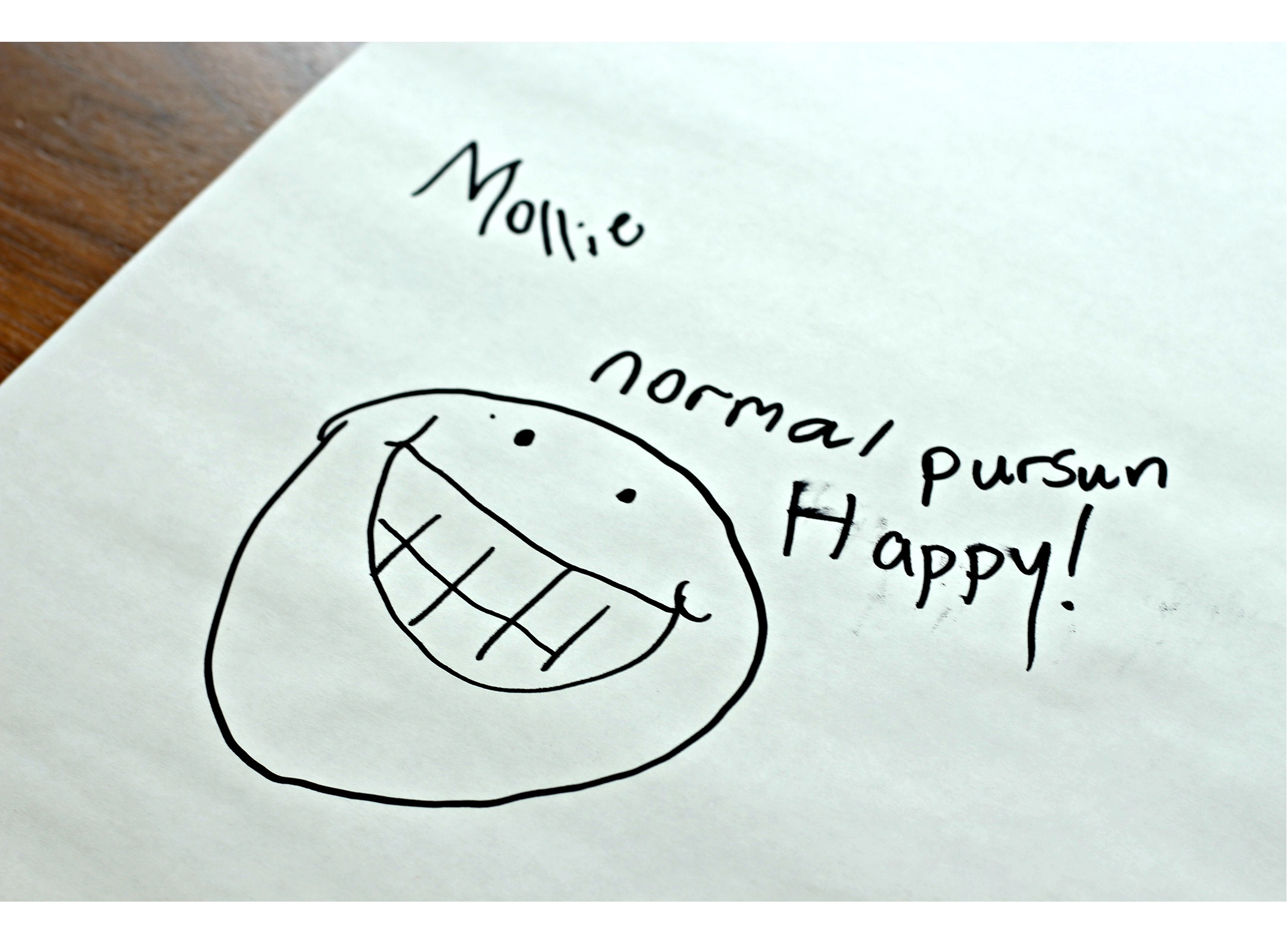 Next, the group moved on to something truly special – a session with Conor, Head of Production, using a green screen to create a film clip. Conor talked them through the process as they transformed one pupil, Archie, into Batman(!) using film editing software, right before the children’s eyes. The children got to handle the camera, create lightning and wind, try some acting and ask lots of questions. At the end of the session they moved into the open-plan office, where they moved between departments hearing from the different teams. 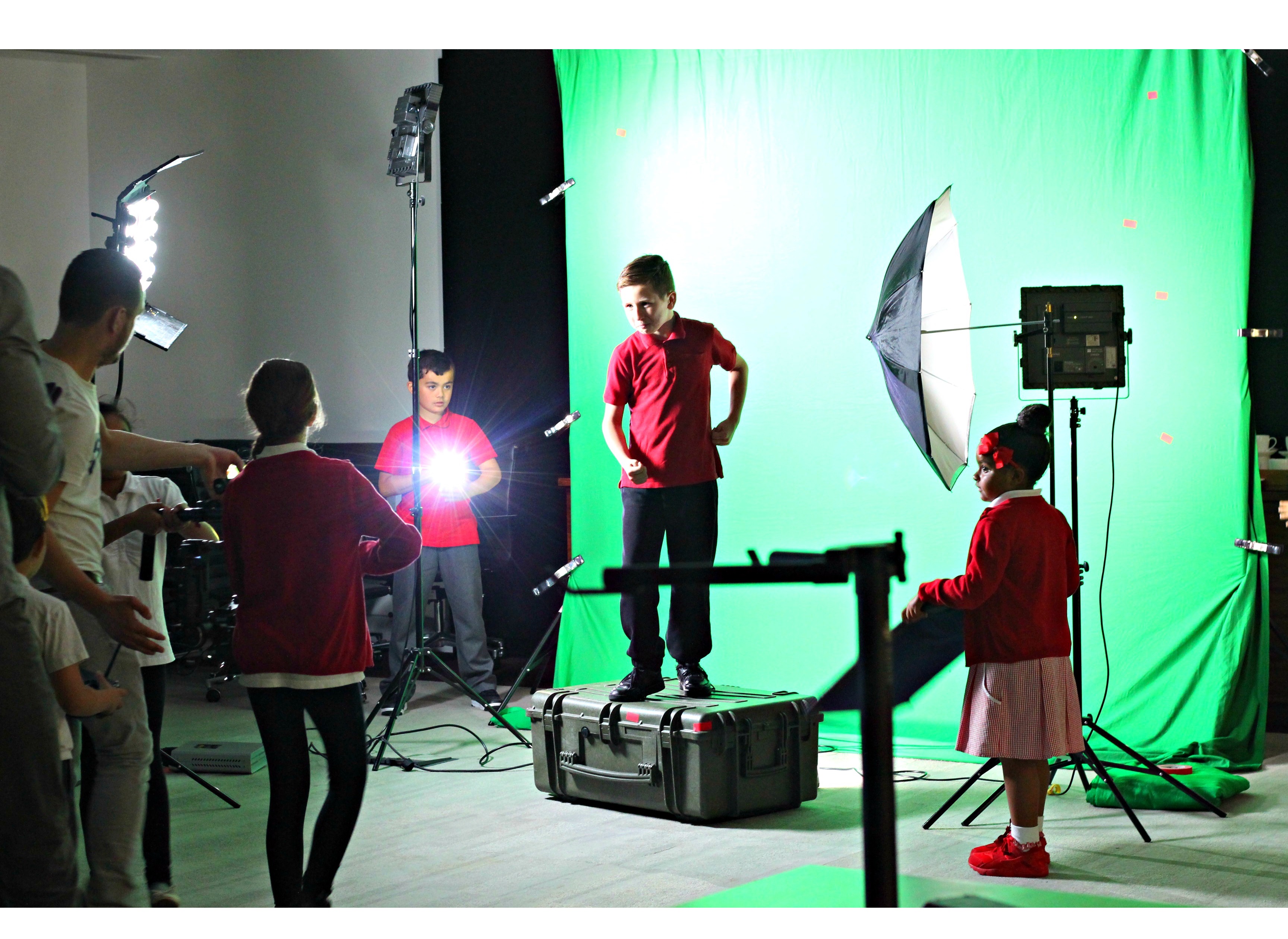 The children create their first film

One of the first office talks was by Chantal, a Consultant; Damian, a Managing Partner; Tali, a Partner; and Robert, an Associate Partner. Damian was previously Head of Business at The Telegraph, so he talked the group through what ‘the news’ was and what ‘articles’ were, before Robert took over with the trickier job of explaining politics! The children surprised everyone with their excellent knowledge of current events – they knew who was the first female Prime Minister, who had recently resigned as Prime Minister, and who was the new Prime Minister. They did get a picture of Cristiano Ronaldo mixed up with David Cameron, but perhaps they were trying to be kind after mentioning his resignation. 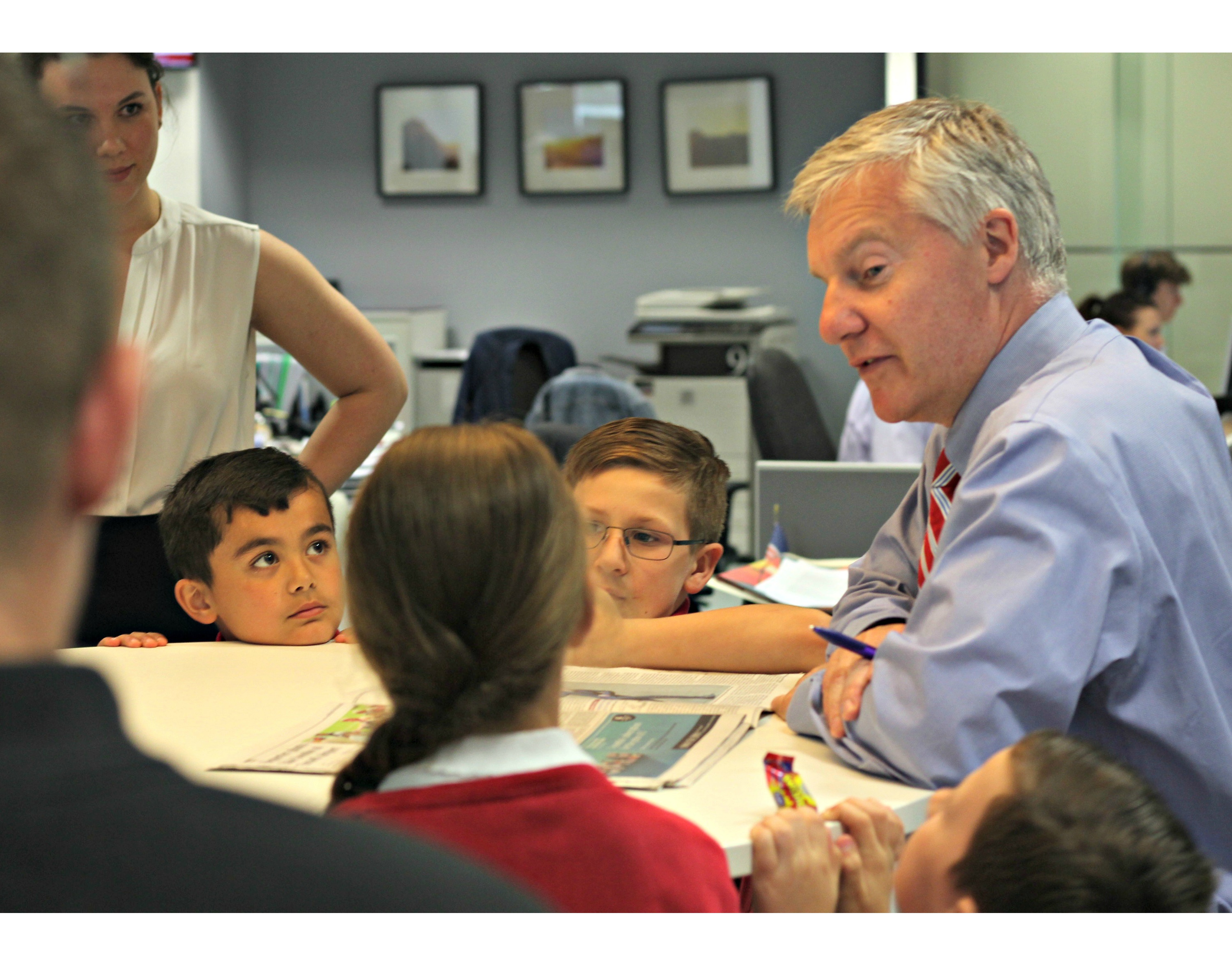 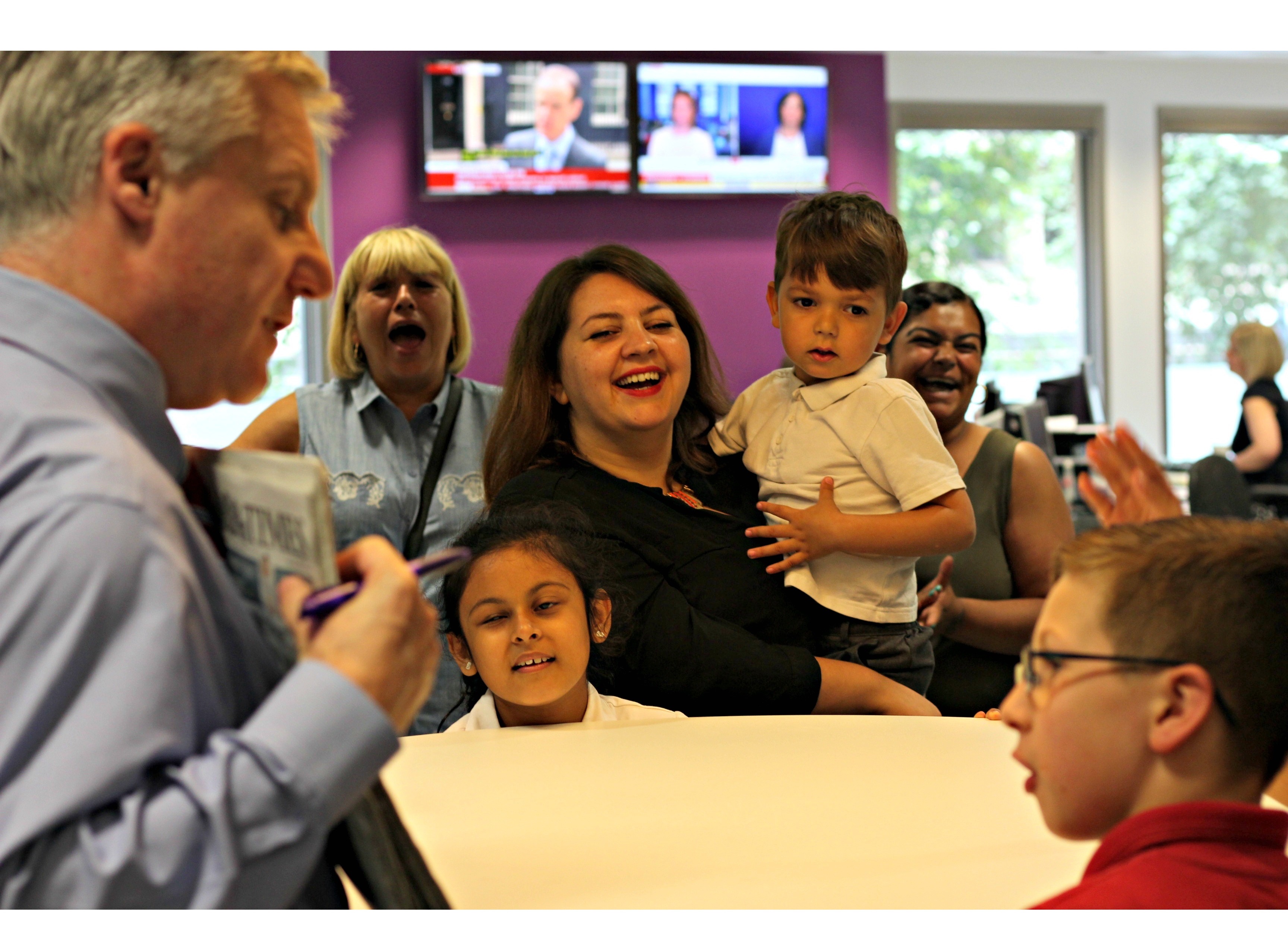 Melanie, a Partner at Instinctif, then took the group through the rough process of advising drug companies on their financial communications. The parents were particularly impressed with her wide selection of cuddly bacteria toys, including E. coli! They then heard about shooting advertisements around the world and got to watch a selection, before moving on to meet Desray, the Design Director.  She used an example that she had worked on the year before to explain the design process – a collaboration between Peanuts and the Cambridge Satchel Company. The children learnt about all different types of design, from handbag design to store layouts, and found out that when design is in sync with a project’s aims, it helps to tell a story.

The pupils’ final talk was from Ella, a Brand and Innovation Strategist. It was great to hear that they had soaked up lots of information from earlier in the day – when Ella asked, “What do these products have in common?”, gesturing at a table covered in snacks, soft drinks, toiletries and other items, one child called out, “They’ve all been designed!” The children loved this section, especially when they had to come up with questions that they would ask people around the world in order to understand cultural differences.

Throughout the day it was brilliant to hear parents and children talk about their aspirations, inspired by their surroundings at Instinctif.

“I hope my son works somewhere like this one day.”

“See, if you do all your homework then you can work at a place like this when you grow up!”

“When I get older, I want to be just like you!” 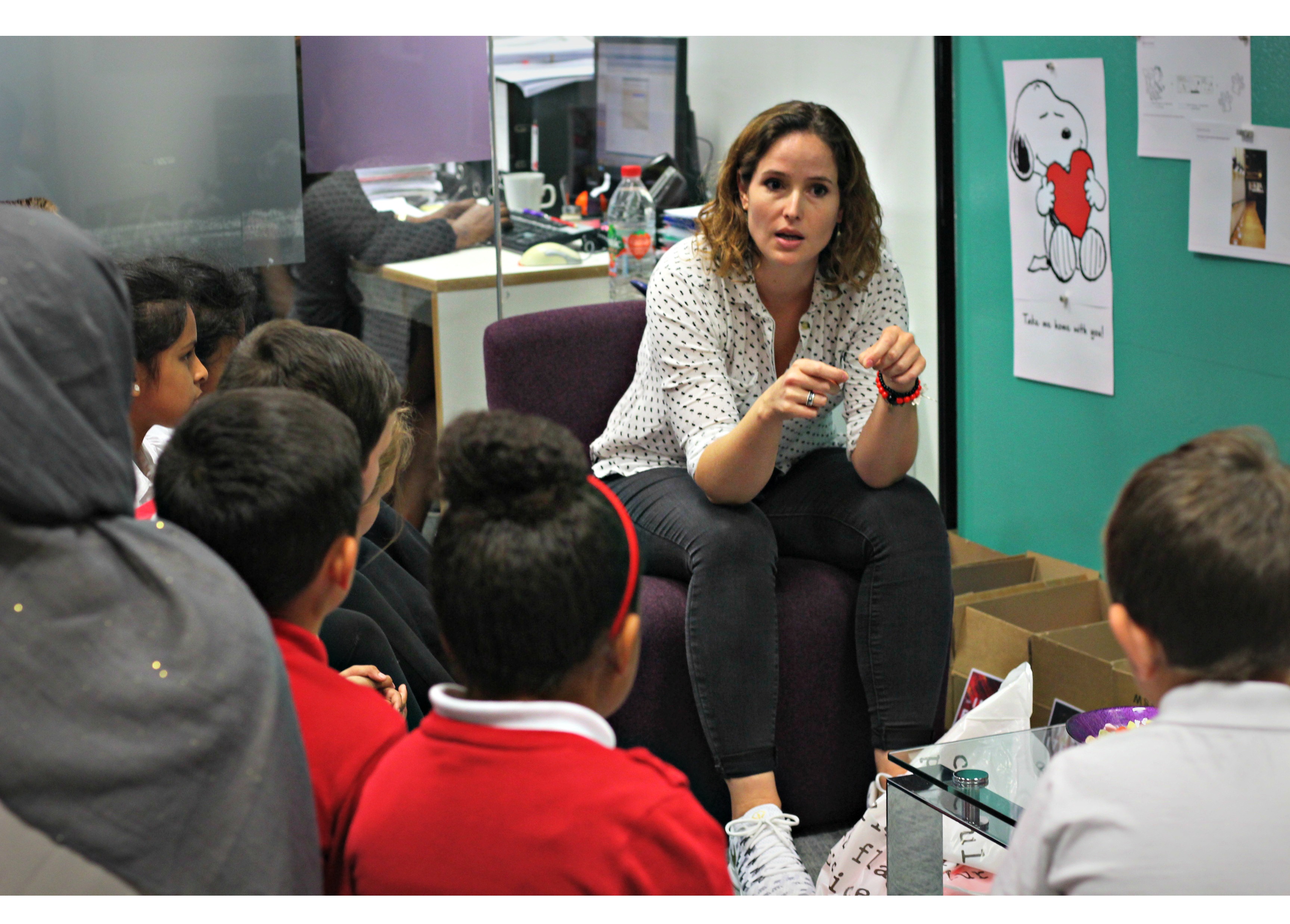 Desray talks through the design process

Rushnara, the SHS practitioner at St Matthias who accompanied the children on their visit, said,  “The parents and children really appreciated the day and all the hospitality. They were wowed by the film-making part of the day, as well as meeting all the different colleagues and having the chance to see what roles people have in the organisation.

I think it was a massive eye opener as to what types of opportunities there are out there in London and a lot of parents said to me this morning they would have loved to work in an office like that. It was most definitely a very aspirational event!”

A big thank you to Fudge, Harriet, Lottie and Bryony at Instinctif for organising the event, as well as to the countless other Instinctif employees who worked really hard in making it a very special day!