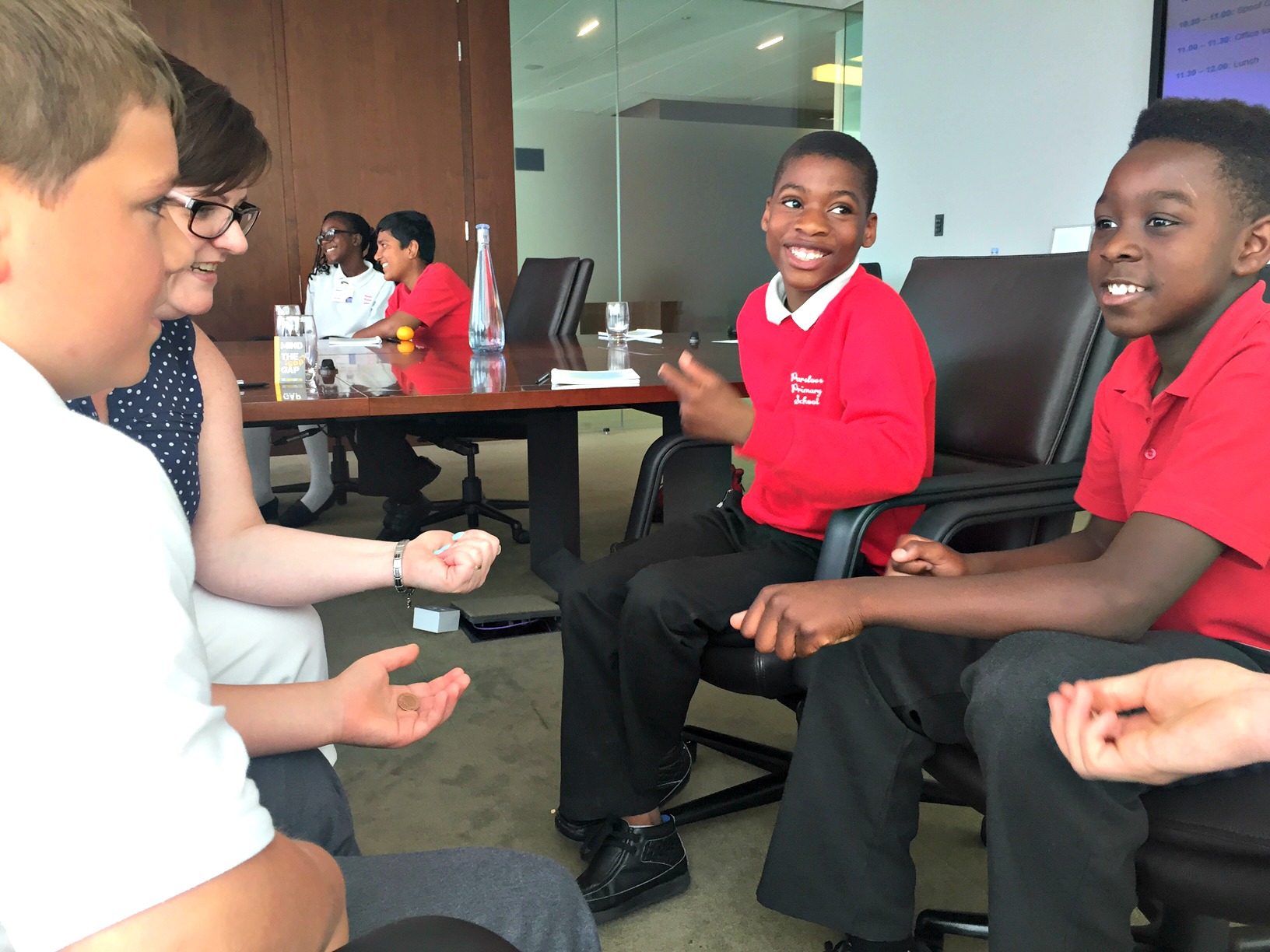 School-Home Support (SHS) and BlackRock have been working in partnership for three years to raise the aspirations of disadvantaged children and young people, and improve their educational outcomes.

Barriers to learning such as poverty, overcrowded housing and poor parental mental health mean that some of London’s most disadvantaged children struggle to be in school, ready to learn. BlackRock and School-Home Support work together to ensure children and parents understand that fulfilling employment within the city of London is within their reach. 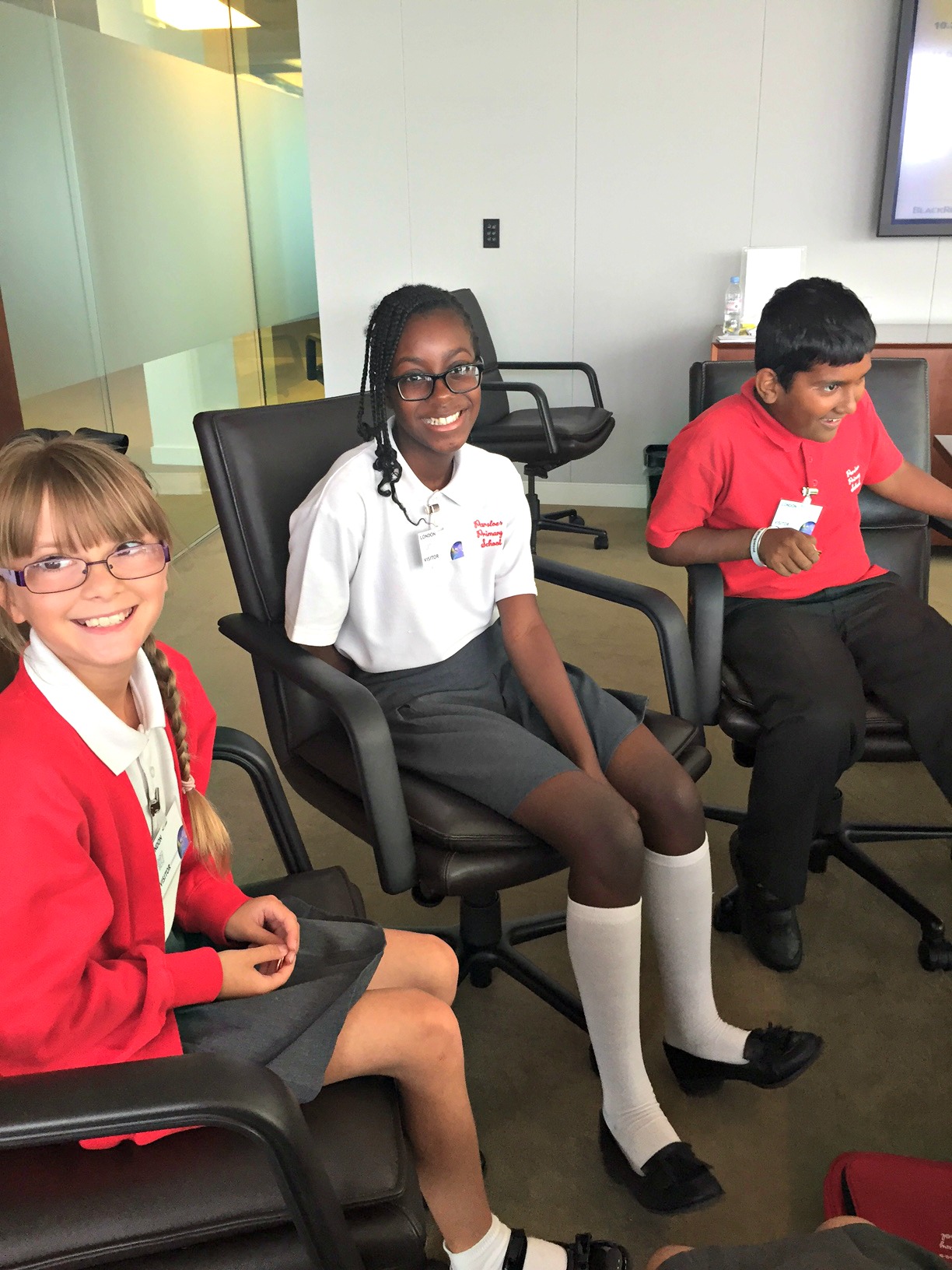 Last week, a group of seven children (all aged ten or eleven years old) and their parents from Parsloes Primary School in Barking and Dagenham spent the morning at BlackRock. Aspiration sessions at BlackRock provide a great opportunity to meet a wide range of people in the business – everyone from graduates, work experience students and senior staff – and to understand something about the range of roles needed in a business like BlackRock.

“It felt important to approach one of our schools outside the city border boroughs and Parsloes in Barking and Dagenham were delighted to have the opportunity to bring children and parents to BlackRock. The opportunity was hugely appreciated by both the children and their parents.” – Maggie Mitchell, Head of Family Intervention, School-Home Support 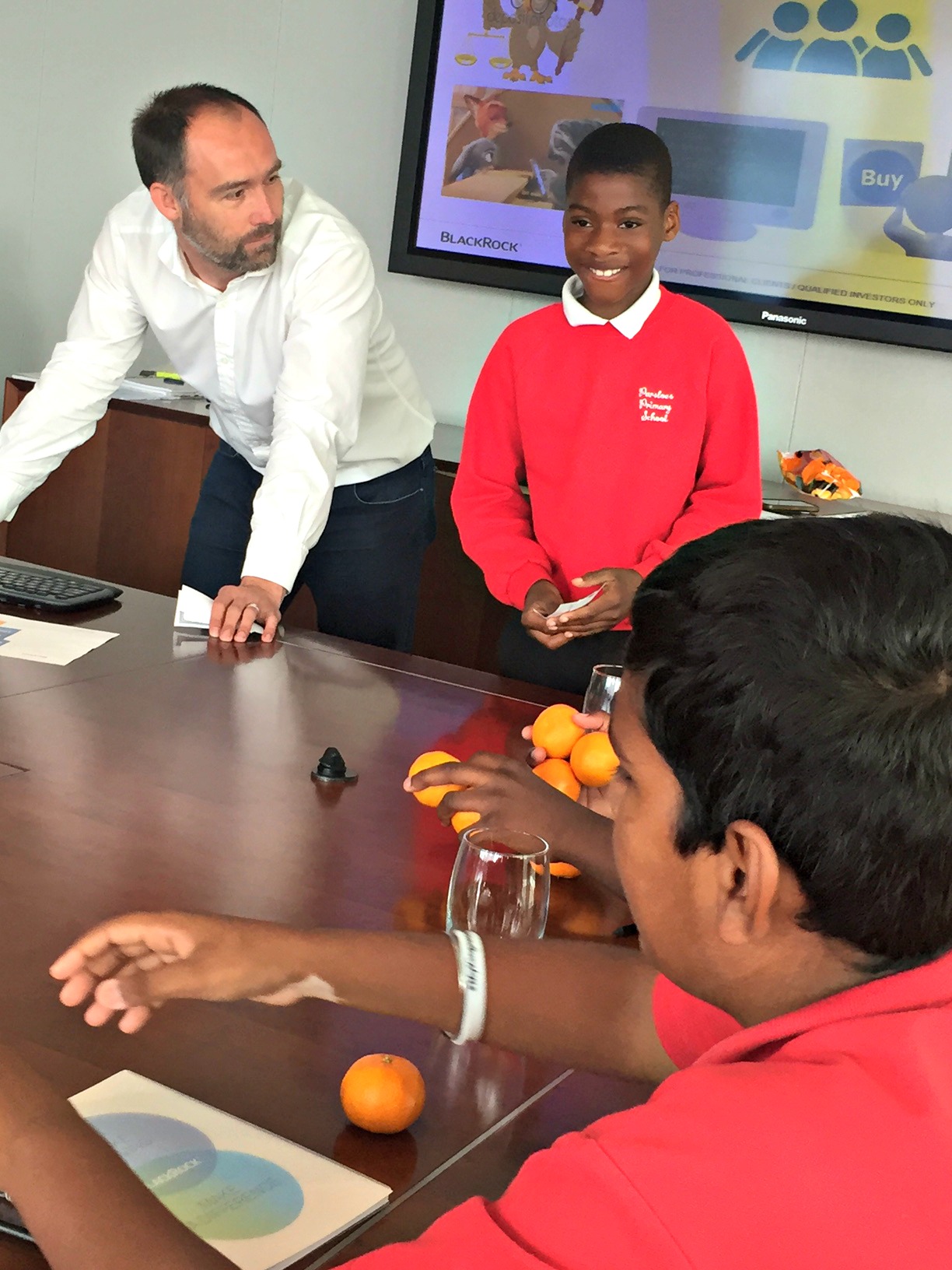 School-Home Support Practitioner, Karen Watch, identified the families who would most benefit from the opportunity. Unusually, the visit included three Dads as well as four Mums, who each came along with their child.

Explaining the financial industry to a group of children could be tricky. However, Stephen Rafferty’s ‘Introduction to Asset Management’ cut through complexity by setting up an imaginary market stall of tangerines!  Using Monopoly money and getting children to act out different scenarios where thirst and hunger played a major or minor role in their buying decisions, plus some tough haggling from market traders, revealed the concepts of supply and demand in a very creative, child-friendly way. By the end of Stephen’s brief introduction, we all felt a little more informed about what actually happens as an Asset Manager.

Parsloes Primary School parents and children were hosted for the morning by Sally Atherton. After Steve’s session, the group heard from various staff including apprentices and students on placement from secondary school. They were treated to a tour of the BlackRock offices and got to spend some time on the trading floor. LarryMcCannalso explained currency markets to the children and parents, and did two live trades whilst we watched! 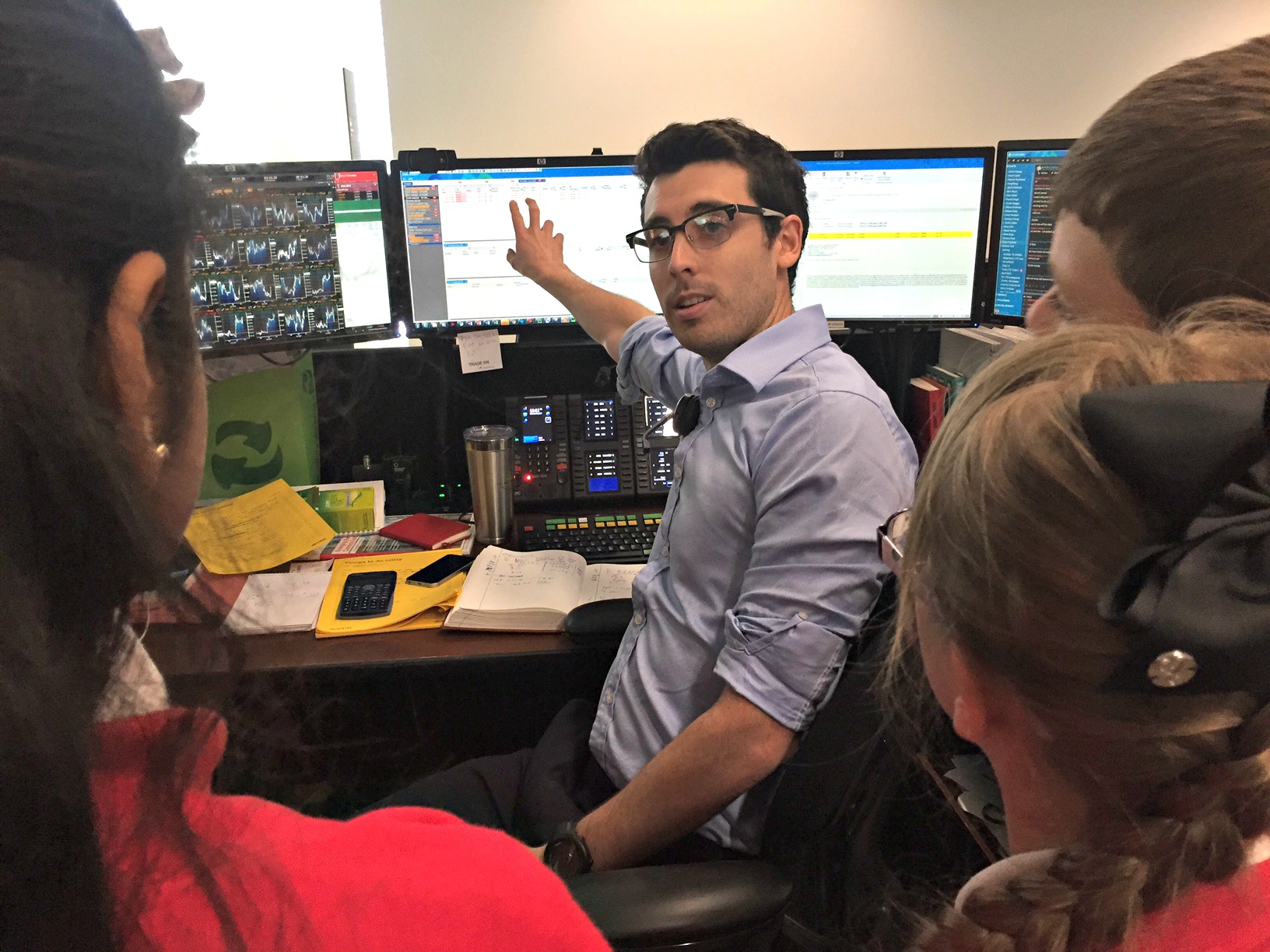 “I loved it when Larry said, “When we say “one”, we mean one million” – I would have thought he meant one pence until he said that!” – Anmoldeep, boy aged ten

“I loved seeing the people on the trading floor and seeing them working and it was good to meet the people who look after the building.” – Precious, girl aged 11 years 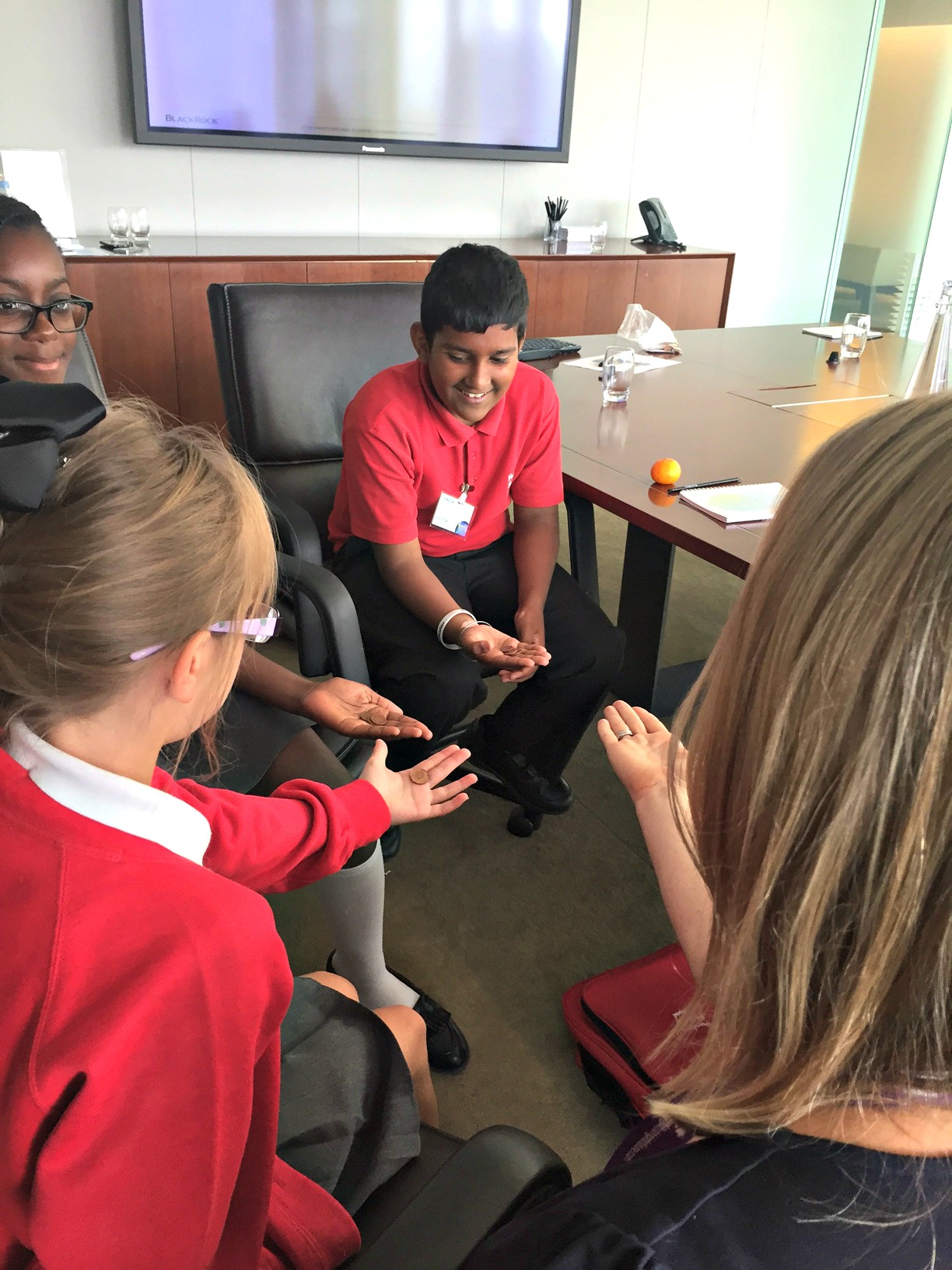 “One of the Mums who came along today told me that she realises how small her world is and how it doesn’t have to be like that. This has really exceeded her expectations. I had no idea what to expect but this has been an amazing experience for all of us, and we’d love to come back with another group of children and parents.” – Karen Watch, School-Home Support Practitioner at Parsloes Primary School

“I’ve learnt such a lot coming here today, I had no idea this was such a multicultural place, people of all different nationalities work here. I would love my daughter to go forward, this has really helped me think about the next step for her.” – Rhems, Dad to Precious 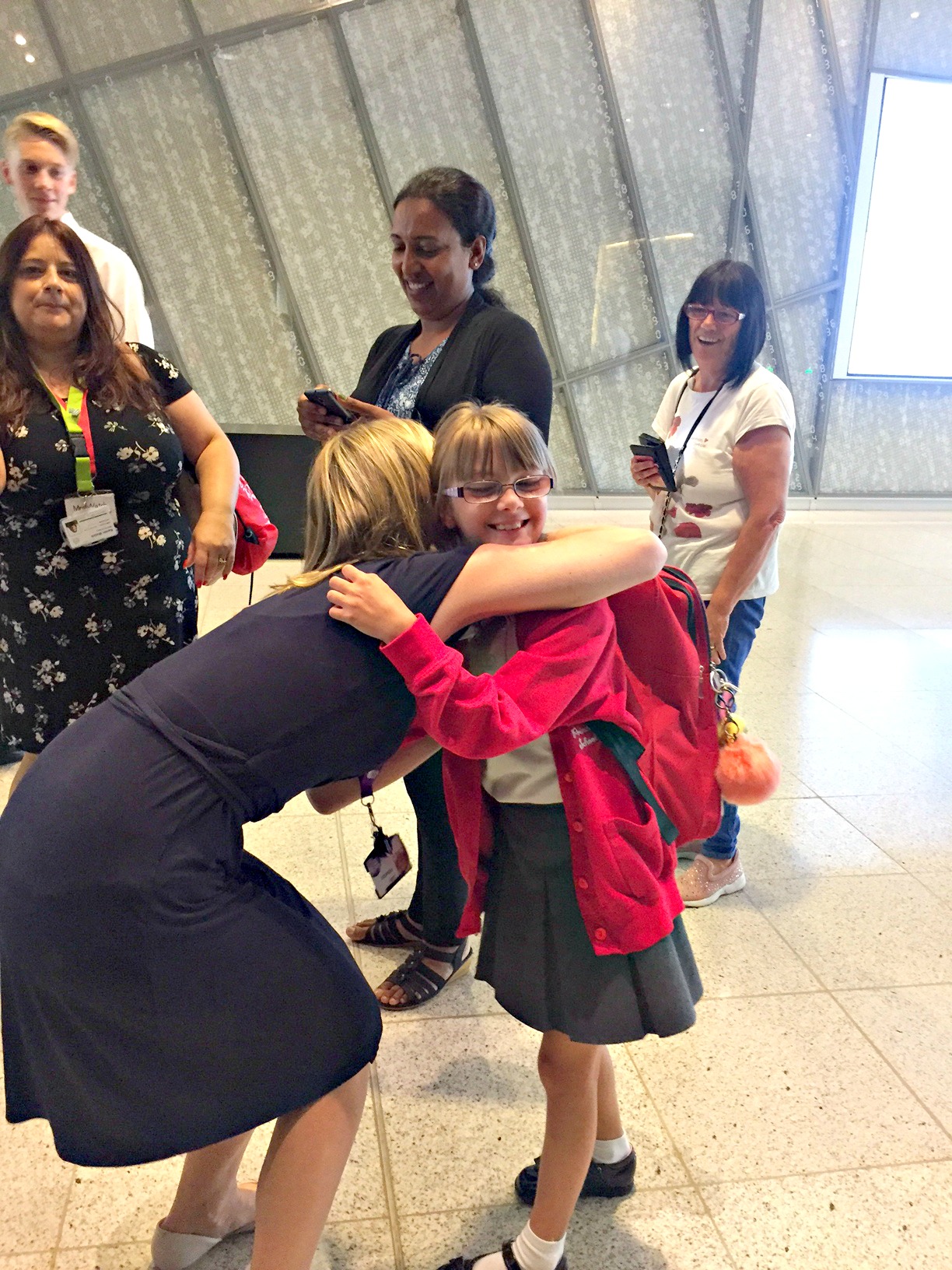 “I thought today was fun! I loved learning about new things, my favourite bit was learning about how they kept everything safe in the building in London and the other BlackRocks in the world.” – Kaley, girl aged 10 years

“It was a really enjoyable morning, I’ve learnt so much, everyone was so welcoming to us and really friendly. It was very interesting to hear from volunteers, the BlackRock staff, I had no idea that you could work here even if you hadn’t been to university, that’s been a real shock to me.” – Mum of boy aged 10 years