For many years public policy, and in particular education policy, has focussed on the needs of communities in cities, whilst the needs of those living in rural and coastal areas have too often been overlooked. We have seen the impact that sustained and targeted political will has in the vast improvements of London schools in recent years. We now need to ensure that every child, no matter where they grow up, has the same opportunities as those who are fortunate to live in London.

The recent Future Leaders Trust ‘Combatting Isolation’ report highlighted a number of challenges facing schools in coastal communities. These included educational isolation, difficulties in recruitment, poor quality of teaching and difficulties engaging students and families. We have taken a look at this final point of engagement, to see what some of the barriers to engagement might be.

We have looked at performance data for secondary schools in six parliamentary constituencies that are located on the coast: Plymouth Moor View, Blackpool North and Cleveleys, Weston-Super-Mare, Scarborough and Whitby, Great Yarmouth, and Portsmouth South.

We have used persistent absence (missing 15% or more of school session) as a measure of engagement in learning as it allows comparison across schools and areas. Data from the Department for Education indicates that 5.3 per cent of pupils across English schools were persistently absent in 2013/14.

Almost three quarters (72%) of secondary schools in the coastal constituencies have a higher rate of persistent absence than the national average. There is some variation across the areas: in Blackpool North and Cleveleys all the secondary schools are above the national average, whilst Plymouth Moor View was the only constituency where fewer than half of schools had higher than average persistent absence rates. Even here, three of the seven schools were above the average.

This suggests a significant issue with both pupil and parental engagement within coastal communities. As other research has picked up, a culture of low aspiration has become embedded within these communities. Traditional coastal industries have dried up, taking jobs away from the area. For those pupils who do achieve good results at school, they have to move away in order to land a good job. Schools need to work as part of the community to address low aspirations with both the pupils and the parents.

At School-Home Support we have been working with schools to address persistent absence for over thirty years. Whilst our work to date has been focussed on inner city schools, there are undoubtedly similarities that affect attendance, but also some particular challenges unique to coastal communities. The families we work with who have high absence rates often face a range of complex needs, including poor mental and physical health, housing crisis, unemployment, poverty, debt and substance misuse. 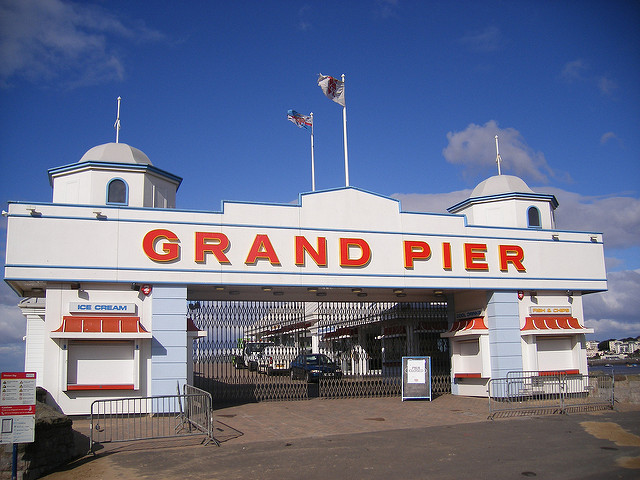 Coastal communities also face some particularly challenging circumstances as a result of the long term decline in their economies following the significant loss of tourism revenues since the introduction of cheap foreign travel in the 70s. In 2008 the Department for Communities and Local Government published a benchmarking study of England’s seaside towns, which found that on three-quarters of deprivation indicators seaside towns fared badly in comparison to the national average.

Following their own research, the Centre for Social Justice concluded that a recurring theme for coastal towns was that of poverty attracting poverty. High levels of unemployment have driven down house prices, which has attracted less economically active people, as well as more vulnerable people who are being re-housed by authorities in cheap coastal areas. This has increased the pressure on local services, who are trying to cope with crises as they present, without having the early interventions to prevent the issues before they become so acute.

The impact of these barriers to learning are sharply highlighted in the GCSE results of coastal schools. For the schools in the six constituencies we looked at, two-thirds (66%) are below the national average of 53 per cent of pupils achieving 5 A*-C grades including English and Maths. The results generally matched that of absence rates, although there was significantly worse performance in Plymouth Moor View, where six of the seven schools were below the national average.

The Future Leaders Trust set out a number of solutions to improve school performance. They rightly raise the importance of improving engagement and aspirations among pupils and  improving the quality of teaching and leadership within schools.

The most exciting proposal in the report is about getting schools to work more closely with their communities, rather than isolating themselves. In our manifesto last year we called for greater integration between schools, children’s services, health services and the voluntary sector.

Schools have the potential to be at the heart of the community, working closely with other services to provide the joined-up provision that will open up opportunities for children growing up in coastal communities. It is important that schools have the skills to be able to engage effectively with parents to make this a reality.

Just as we have seen happen in London, we need to work together to ensure that a child’s opportunities are not defined by where in the country they grow up.