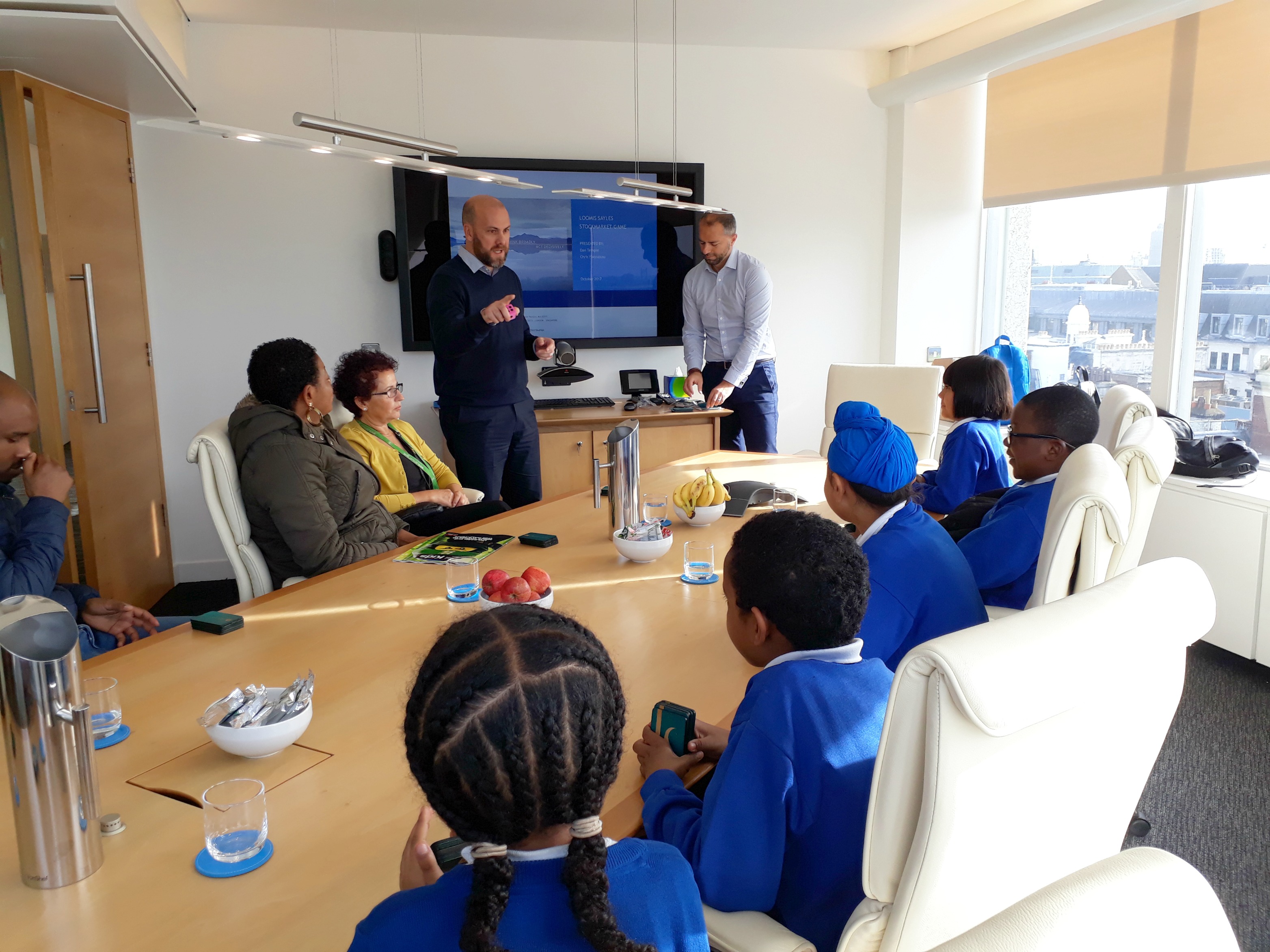 On Thursday 12th October, a group of children and parents from Maryland Primary School – accompanied by their SHS Practitioner, Sevgi Kor – made the journey across London to visit Loomis Sayles Investments for an aspiration session.

Although only one Jubilee line train away from their school, it was the first time the children had travelled to that part of London. Their excitement at seeing the Ritz Hotel on the way from Green Park station to the offices was not well-hidden! Their excitement grew when they were welcomed into Loomis Sayles offices and they were able to point out the London Eye, Westminster and the Shard from the window of the 8th floor office. 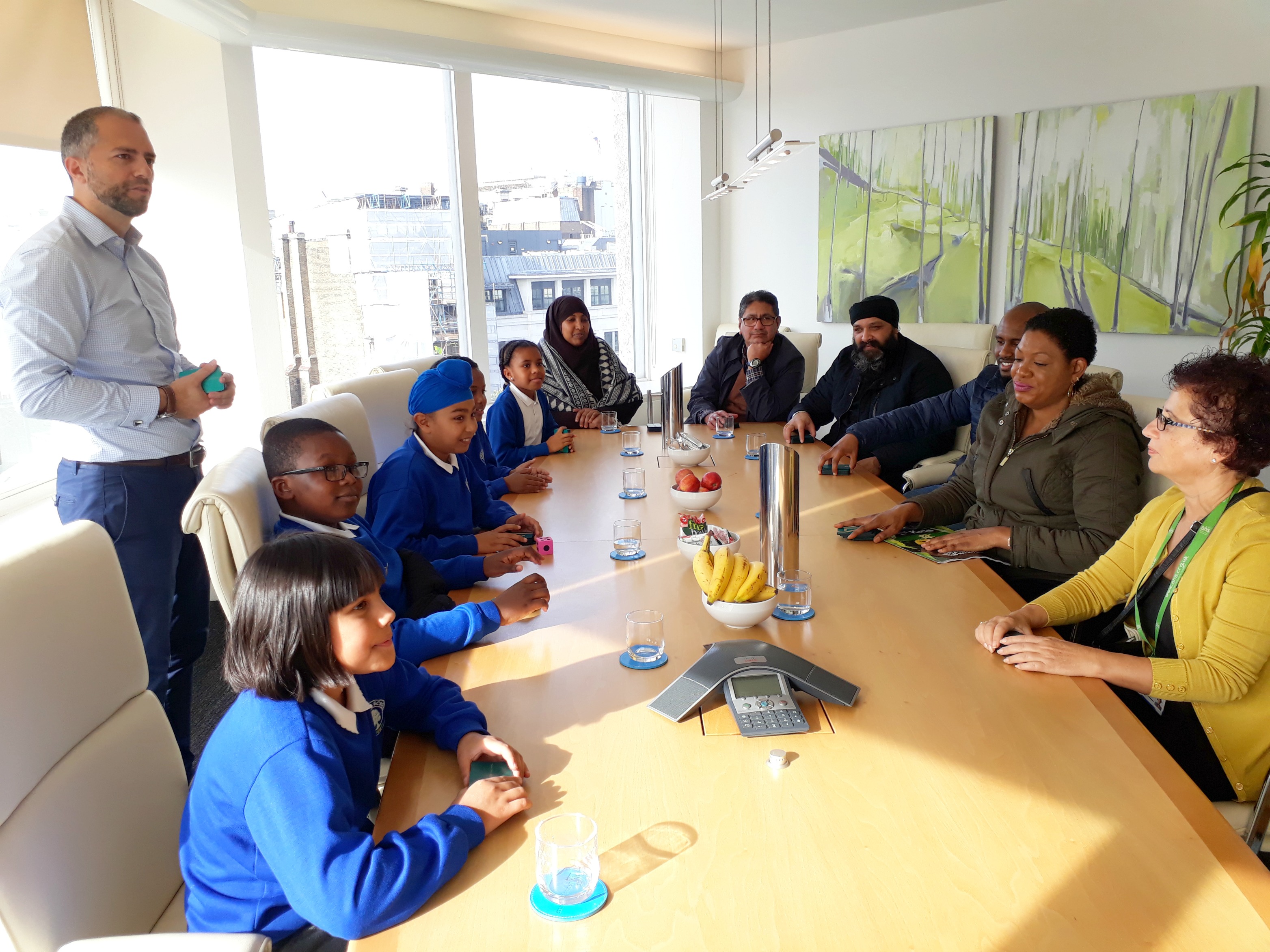 The morning kicked off with an introduction from Managing Director, Christine Kenny. Christine gave some background into Loomis Sayles, explaining what they do and how they came to open a London office in 2011. She described her own journey and taught the children that anyone, from any background, can become a ‘boss’ if they put their mind to it.

“I learnt that to be a boss you don’t have to be a man wearing a suit and that if you work hard anybody can be the boss.” – Leah

After Christine had given the children and parents a flavour of what Loomis Sayles does, Chris and Dan from the Client Services team explained the basics of investment management through an ingenious game. Each child and parent was given a stack of cards to represent money, and they took it in turns to roll a dice. The market changed depending on the roll of the dice, and consequently each person’s pile of cards increased and decreased. 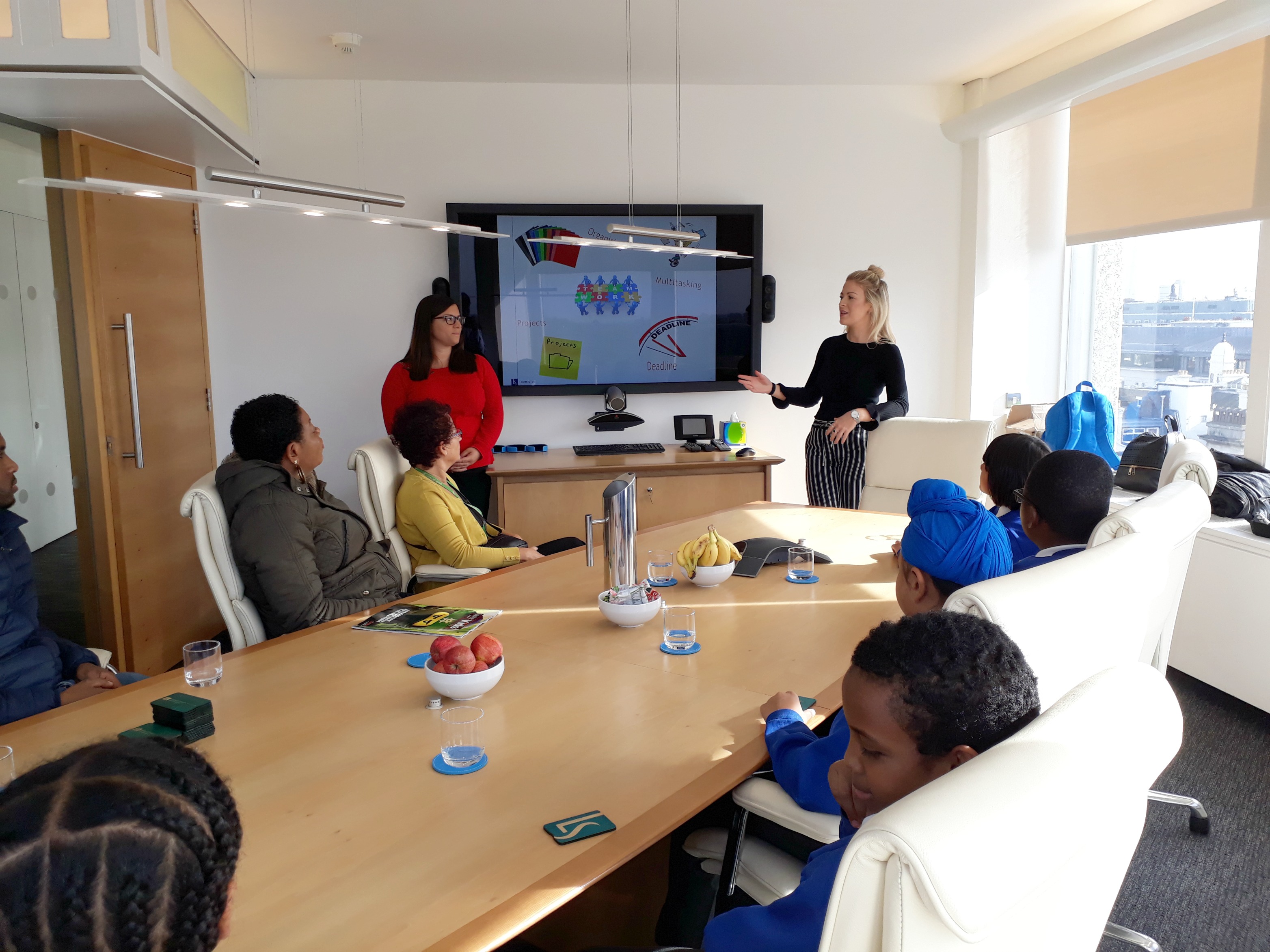 Of course, none of the work Loomis Sayles does would be possible without the hard work of the administration team to keep the business running smoothly. Trisha and Izzy from the Administration team explained their roles – from organising plane trips for employees to juggling meeting room bookings.

“I learnt that it is really important to be part of a team when you’re working.” – Ajit

Following a tour of the office, and more great views from the 8th floor windows, the group were taught about research by Spyros, Zahiye, Sara and Ledger from the Research team. The children were tasked with deciding which fictional chocolate company they would invest in based on information given on the two companies (in the end ‘Choco Loco’ came out on top!).

“My favourite part was learning about how to invest money and also researching companies that you want to buy.” – Mustafa 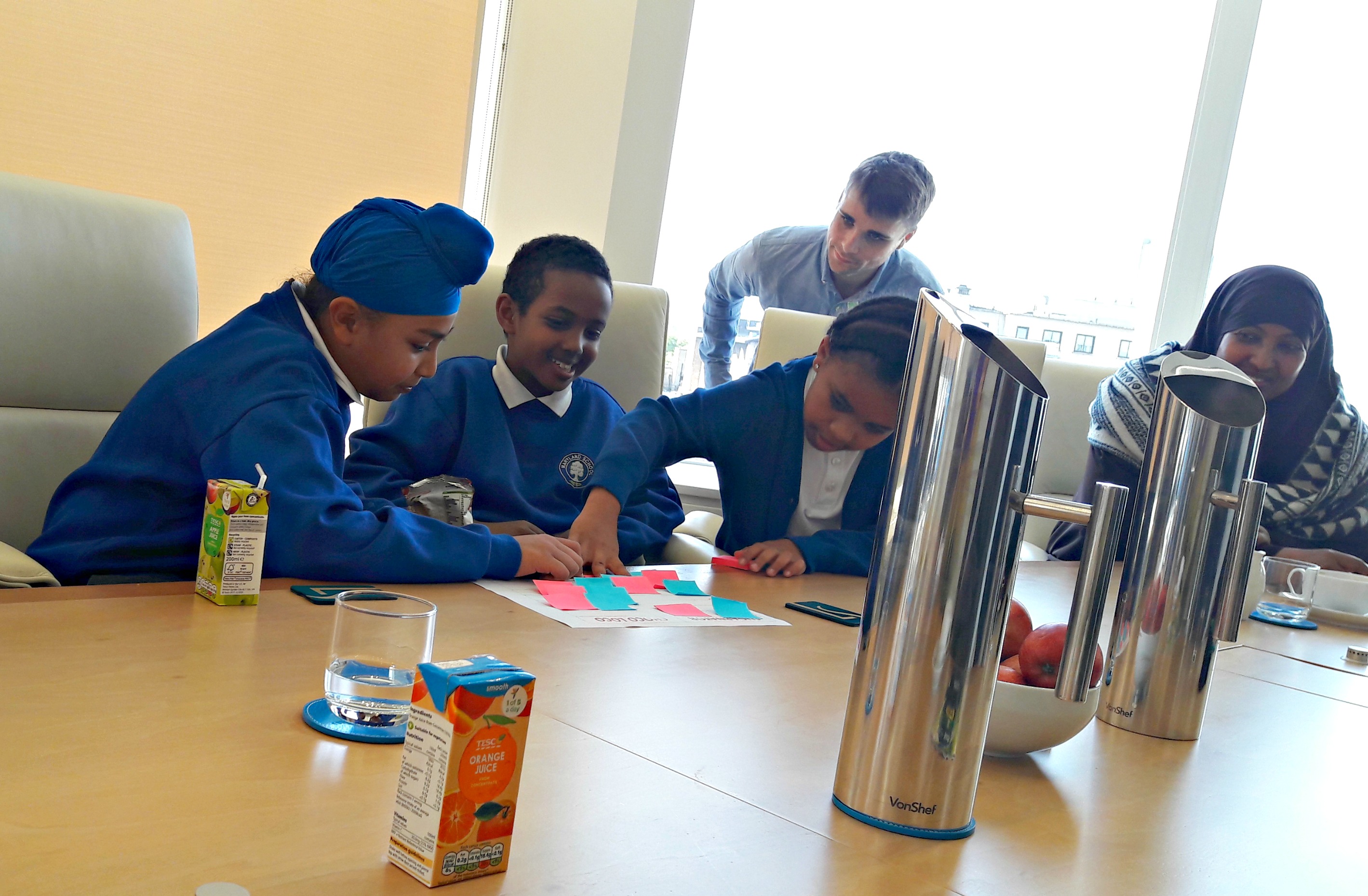 “Loomis Sayles is the best company ever!” – Seye

After lunch it was time for the children and parents, now experienced investment managers, to head back to school. It was obvious that the group learned a great deal, not only about Loomis Sayles and investment management, but also about what it was like to work in the City. Thank you to all at Loomis Sayles for making the aspiration session happen!

“We thoroughly enjoy hosting the sessions and love the energy that the children bring to the office.”