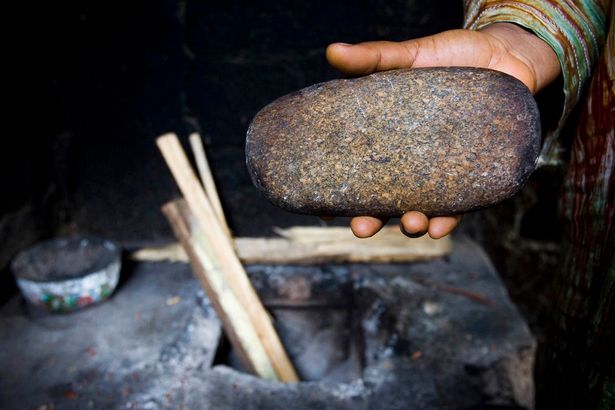 Breast Ironing, also known as ‘Breast Flattening’, is the process whereby young pubescent girls breasts are ironed, massaged and/or pounded down through the use of hard or heated objects in order for the breasts to disappear or delay the development of the breasts entirely. It is believed that by carrying out this act, young girls will be protected from harassment, rape, abduction and early forced marriage and therefore be kept in education. As with similar practices such as Female Genital Mutilation (FGM), the girl generally believes that the practice is being carried out for her own good and will often remain silent. Young pubescent girls usually aged between 9 – 15 years old and from practising communities are most at risk of breast ironing.

In Cameroon, up to 50 per cent of girls as young as 10 years old undergo breast ironing on a daily basis and the practice is believed to have affected up to 1,000 girls in the UK. While little research has been done on the practice in Britain, we’ve gathered some facts for schools and those working with children and young people to be aware of:-

Facts and the law

● The United Nations (UN) states that Breast Ironing affects 3.8 million women around the world and has been identified as one of the five under-reported crimes relating to gender-based violence.

● Concerns have been raised that breast ironing is also to be found amongst African communities in the UK, with as many as a 1,000 girls at risk.

● There is no specific law within the UK around Breast Ironing, however it is a form of physical abuse and if professionals are concerned a child may be at risk of or suffering significant harm they must refer to their Local Safeguarding Children’s Board Procedures.

● Much like Female Genital Mutilation (FGM), Breast Ironing is a harmful cultural practice and is child abuse. Professionals working with children and young people must be able to identify the signs and symptoms of girls who are at risk of or have undergone breast ironing.

● Due to the instruments which are used during the process of breast ironing, for example, spoon/broom, stones, pestle, breast band, leaves etc. combined with insufficient aftercare, young girls are exposed to significant health risks.

● It exposes girls to numerous health problems such as cancer, abscesses, itching, and discharge of milk, infection, dissymmetry of the breasts, cysts, breast infections, severe fever, tissue damage and even the complete disappearance of one or both breasts.

Indicators that a girl has undergone breast ironing

● Unusual behaviour after an absence from school or college including depression, anxiety, aggression, withdrawn etc

● Some girls may ask for help, but may not be explicit about the problem due to embarrassment or fear