Rafida: Maarif has Muscular Dystrophy and has to use a wheelchair to get around. On top of that he was fainting and vomiting as soon as he left home in the morning. It was having a deep impact on his attendance at school – it was just going down and down, to 40%. Marilyn came and did a home visit in January and saw Maarifs condition, he was totally unable, he had lost all sensation in his arms. He was just totally dependent on me. She explained to me about DLA (Disability Living Allowance). I had tried to claim it before but had been refused even though I had sent in the supporting medical letters from Great Ormond Street Hospital. They said I would have to appeal it, but I didn’t do it. 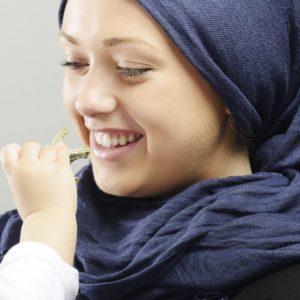 Maarif: I was really struggling, pushing the wheelchair all the time meant my arms were in lots of pain. The stress of getting them to school, going back home doing housework and then coming back to school to pick them up. It was a tiring job, it was too much for me. My blood pressure was going up as well.

Marilyn: We completed the appeals form and then they rang me up to discuss how Maarif was coping at school – I just told them the truth. The journey into school for mum was horrendous, two buses, sometimes they would not be let on if there were prams. Obviously it was having a big impact on their ability to get into school. Maybe hearing from me made a bit of a difference.

Marilyn: In the meantime, I applied to the SHS Welfare Fund to pay for taxis for the boys. I think having that really got the boys into the routine of coming into school, from that period on they have been coming to school. They needed that push and initial help to come into school.

Rafida: I was really lucky, we got a really quick response. When I got the news I was jumping up and down and came in the next morning and gave Marilyn a hug. From September we have had a taxi with wheelchair access coming to pick the boys up. 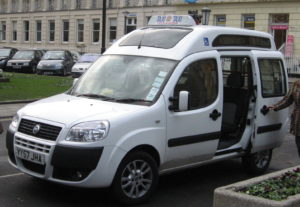 Rafida: I’m divorced now, but I was in a violent marriage. My husband would physically assault me and Maarif. It left emotional scars as well. It’s taken a long time to move on from that. I try to think, what’s in the past is in the past.

Marilyn: You could see the impact on Maarif as well. I think that was an issue in stopping him coming to school. He wanted to stay at home and protect his mum.

Marilyn: Maarif also has a brother, Affan, in year 7 and he was on my caseload. He also has Muscular Dystrophy, but he has better mobility and doesn’t need a wheelchair. His attendance was also going down and was affected by Rafida’s difficulty in getting Maarif to school. He was also getting bullied by some of the other boys in his year. I spoke to the Head of House and we looked into friendship circles and what it meant to be a good friend with some of the boys. I think because he is coming into school now, he is developing a really good network of friends.

Marilyn: By the end of the year, Maarif’s attendance had gone up to 64%, and it is almost 100% so far this year. In Maarif’s end of Year 10 exams, he did really well. He got an A in his Religious Studies exam and in the rest of his subjects he got Cs. If he can do that with 64% attendance can you imagine what he’ll do now we are getting his attendance up? 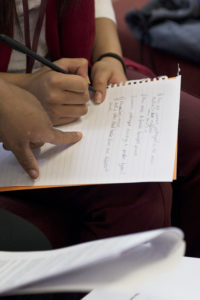 Rafida: He was checking over the summer holiday on the website to see what his results were – he really wanted to know. I said to him that I was so proud of him after all that he has gone through. If he keeps going, he is going to do so well.

Marilyn: Maarif has got to the point where he wants to come to school, he is happy here.

Rafida: I have been concentrating so much on my kids I haven’t been able to think about myself. My aim now is to do a part time college course, do some volunteering and start taking some driving lessons. I’m going to go for it, do something for myself!

Marilyn: I can see the difference in Rafida, how much more relaxed, how much happier she is.

Rafida: I’ve never seen such a glow in Maarif’s face as when school reopened in September. My children are coming to school on a regular basis, that’s all I want, a good education for them so they don’t have to go through what I went through.

*The names in this case study have been changed