Some cases stick with you forever. That’s what working with Omar*, an extraordinary boy who has experienced things no child should, will be for me.

Omar arrived in the UK with his parents and younger sister in August 2015, after being wounded in a terrorist attack on his school in Pakistan. The Taliban indiscriminately killed teachers and children – horrifically, Omar was made to watch whilst his teacher was burned alive. During the attack, Omar was shot trying to protect his friend and sustained bullet wounds to his shoulder, hip, back and stomach.

The physical injuries Omar sustained left him with spinal damage, paralysis in his left leg and a colostomy bag fitted, but the trauma of the incident left mental scars. Unsurprisingly, he suffers from PTSD. Omar spent a total of 8 months in hospital and has been told he will be confined to a wheelchair for the rest of his life.

A sponsor came forward to fund the family to come to the UK for treatment on Omar’s spinal injury but unfortunately, in December 2015 the beneficiary ceased funding. The family found themselves alone and with no funds, living in an annex in the back garden of a property with a landlord that was not receiving his rent – which led to awful harassment for the whole family.

In January 2016, Omar started at the school I’m based in. He had very limited understanding of English, but luckily I found a TA who spoke Urdu. It became immediately apparent that there were issues at home – Omar said that he was hungry and there was no food at home, and that he’d been witnessing abuse from the landlord.

I carried out an emergency home visit to chat with Omar’s Mum and Dad. They were very distressed and had little understanding of what to do or who to contact. This first visit was overwhelming as there was so much to unpick, and I realised this was going to be a case which would not only need support from other agencies but also from the local community to help this vulnerable family.

As my relationship with the family grew, it became clear that Omar’s Dad was also suffering from PTSD. Dad revealed he had been kidnapped and tortured by the Taliban because of his profession, and that because he refused to cooperate he is now on the Taliban’s hit list. Freedom from Torture became involved and supported Dad with counselling as well as making a case for the family in relation to asylum (which the family have now been granted). Once the Home Office were informed of their position, they worked on finding them a property – not an easy task due to Omar’s disability and the lack of social housing. The landlord continued to harass the family for non payment of rent and took Mum and Dad to court, where the Judge found in the family’s favour due to the stress and harassment the landlord had caused them. The family have since been moved to a guest house in another borough, but Omar is still attending our school with transport support provided by the new borough. Applications for a local school have since been made, as it’s felt that Omar would benefit from not having such a long journey to school.

I sourced a GP, dentist and opticians with staff that spoke Urdu for the family to prevent communication barriers, as Omar and the family all had health problems that needed addressing. Whilst discussing these services I asked if they had immunisations – in Pakistan they do not have general vaccinations – and when they said no, arranged for the family to be vaccinated and told when boosters are needed.

I liaised with our local Youth Club as they run a session for young people with disabilities, and Omar and his younger sister attended until their recent move. I also supported Mum and Dad with their first few ESOL lessons at a local church and they are enjoying the the opportunity, continuing to improve their listening, reading and communications skills (it tickles me when they tell me they’re practicing on me!).

It has been such a pleasure working with Omar and his family, and to see the progress that they’ve made. After my last home visit, I took a minute to look back to that first visit and remember their unhappy faces and compared to them to this visit – there really are no words to express how I felt.

Omar went from being a boy that was traumatised and threatening suicide, to a confident outgoing teenager that now smiles and is embracing life! What difference a year can make to someone’s life. 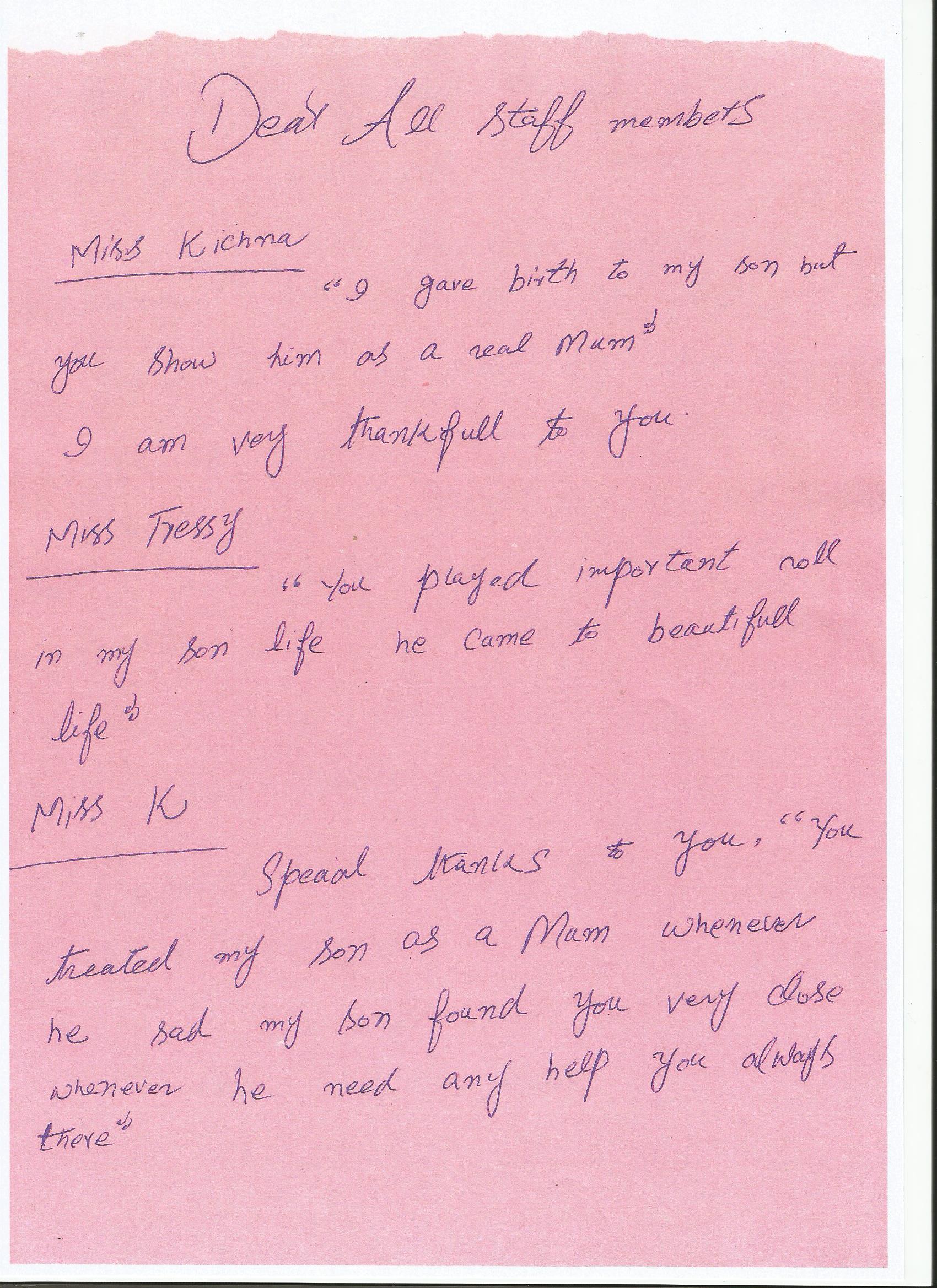 A letter from Omar’s Mum

*Names have been changed